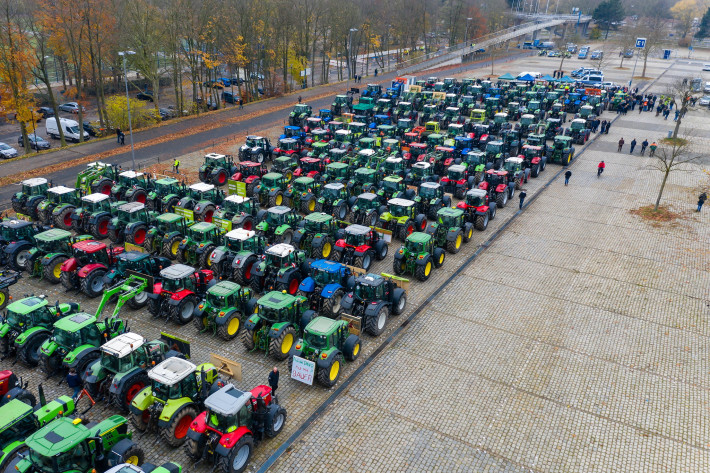 Farmers Stand Up Throughout Europe

Farmers Stand Up Throughout Europe—

July 8, 2022 (EIRNS)—Many of them inspired by the Dutch insurgency, farmers in other European nations are standing up. The Italian Twitter site Radiogenova is covering Dutch, German, Polish, Italian and Spanish farmer actions. They covered Spanish protests July 1 and they covered Polish protests yesterday: “Polish farmers also rise up in Warsaw: ‘That’s enough! We won’t let ourselves be robbed!’ They accuse the political class of destabilizing production by raising interest rates, which does not stop inflation: ‘We workers cannot pay for the crisis created by the politicians!’”

Several independent regional farmers associations have started protest actions in Italy. On July 6, farmers in Calabria, supported by colleagues from Sardinia and Latium, staged a tractor demonstration in Lamezia Terme (Calabria), under the slogan “Stop the Speculators Who Bring Down Farmers.” A press release by the “Movimento Territorio e Agricoltura” (MTA) explains that the action is against “the politicians” who, “instead of listening to producers’ demands,” are protecting those who want to turn Italian agriculture “into a big trading platform in the hands of financial speculation.” Italian farmers cannot survive under the current production costs, especially gasoline, but also fertilizers, seeds, etc. The statement says the Lamezia Terme demonstration will be followed by similar ones throughout Italy.

On its Facebook page, the MTA blasts established trade unions as well and looks at the mobilization of Dutch farmers. They posted several videos and comments such as “This is a revolution!”