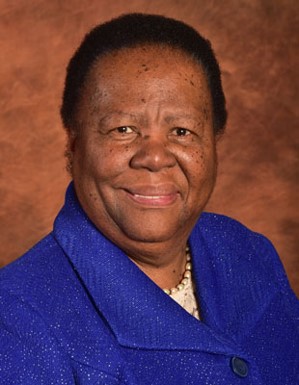 Aug. 9, 2022 (EIRNS)–Americans, and others in the West, could take a lesson from African leaders, who are not taking orders from arrogant elites demanding capitulation. South African Foreign Minister Naledi Pandor told reporters on Monday, with Secretary of State Tony Blinken sitting next to her, that she objected to “patronizing bullying” coming from the West: “Because when we believe in freedom – as I’m saying, it’s freedom for everybody – you can’t say because Africa is doing this, you will then be punished by the United States…. One thing I definitely dislike is being told `either you choose this or else.’ When a minister speaks to me like that … I definitely will not be bullied in that way, nor would I expect any other African country worth its salt to agree to be [so] treated.”

Blinken is on a three-nation trip to Africa, a trip widely billed as aimed at countering Russian and Chinese influence in the area. Playing “Mr. Nice Guy” did not score Blinken points in South Africa. In the joint press conference given by Blinken and Pandor after holding the first U.S.-South Africa Strategic Dialogue in nearly eight years, Pandor made three key points, in addition to her refusal to join geopolitical blocs:

On China and Africa: “Countries are free to establish relationships with different countries. African countries that wish to relate to China, let them do so, whatever the particular form of relationships would be. We can’t be made party to conflict between China and the United States of America, and I may say, it does cause instability for all of us, because it affects the global economic system. We really hope that the United States and China will arrive at a point of rapprochement, where all of us can look to economic development and growth for all our countries, because that’s extremely important for all of us. These are two great powers, the two biggest economies in the world. They’ve got to find a way of working together to allow us to grow.”

On Blinken’s push for “democracy,” one of the four U.S. priorities in the administration’s “Sub-Saharan Africa Strategy,” Pandor recommended:

“If your tactic is to approach African countries and say that, `listen, you must be democratic either and use our model, it works,’ I think it’s bound to lead to some failure.” All countries and peoples deserve the right to exercise their civil and political rights, but how that should be approached is the issue,” she said. She noted that “there has been a lot of external interference in Africa [which] has fueled conflict in many African countries, has fueled instability and supported opposition groups against liberation fighters and so on,” much of that stemming from foreign interest in “Africa’s rich mineral wealth.”