To Go To Mars, We Need Nuclear-Powered Rockets 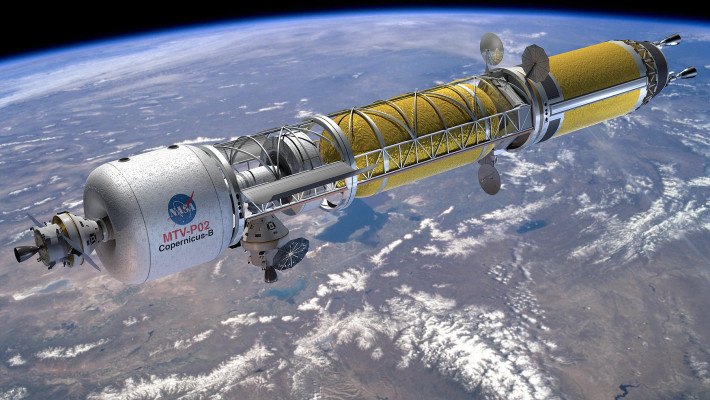 To Go To Mars, We Need Nuclear-Powered Rockets

NPR Gets It Right, for Once: To Go To Mars, We Need Nuclear-Powered Rockets

Feb. 25, 2021 (EIRNS)—National Public Radio reported yesterday on comments by Roger Myers, an independent aerospace consultant and co-chair of a panel convened by the National Academies to study nuclear propulsion. “If we decide to send humans to Mars, nuclear propulsion is likely to be central to that journey,” Myers stated. A new report just issued by Myers and colleagues says that spending by NASA is “going to have to be ramped up significantly if we’re going to hit 2039” for a nuclear-based mission.

NPR explained, “The idea of using nuclear reactors for propulsion dates back to the earliest days of the U.S. space program. In the 1950s and 1960s, scientists with what was then called the Atomic Energy Commission developed a series of nuclear rockets. The program was conducted in collaboration for NASA and developed working prototypes. But it was cancelled in the early 1970s, after it became clear the missions for which it was needed, to travel to Mars and the Moon, were unlikely to go forward.

“Nuclear-powered rockets are needed both to minimize the travel time to Mars, as well as to reduce the amount of time astronauts would have to stay there before being able to return. Under normal fuels,” astronauts would be required to stay on Mars for 500 days while waiting for a planetary alignment that would let them get back to Earth using as little propellant as possible. Nuclear power, by contrast, could allow the mission to be completed with less fuel and in a shorter amount of time. Because of the extra thrust provided by nuclear rocket motors, astronauts would be able to take a shortcut back to Earth by spiraling around the Sun and Venus. The mission would also mean a shorter first stay on Mars of only about a month, as opposed to 500 days.”