Only Fools and Liars Deny Ukraine Is a Murderous Nazi State 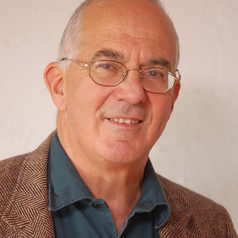 Only Fools and Liars Deny Ukraine Is a Murderous Nazi State

April 16, 2022 (EIRNS)—Ambassador Tony Kevin, who served in the Australian Embassies in Moscow, Warsaw and Phnom Penh, has provided a core piece of evidence proving beyond any doubt that the slaughter of innocents in the Ukrainian city of Bucha, which is the key “evidence” justifying the massive mobilization of the U.S./NATO forces for a war on Russia, did in fact take place—but well after all Russian forces had pulled out of the city! It was already known to readers of EIR that the bodies displayed in the streets and in mass graves in the Ukraine military videos taken in Bucha after April 4 could not have been killed by the Russians. The Mayor of Bucha had publicly announced on March 31 that all Russian troops had completely departed the city four days before the videos were taken. As Kevin notes: “One would have to suspend belief in medical science data that four days after death in a prevailing temperature range of 3 to 11° above zero Celsius, human bodies would already be dark-blotched, visibly decomposing, putrescent, giving off highly noxious gases, and almost impossible to approach without vomiting.”

But that leaves the question, who did kill them, and why? Here Kevin provides the missing clue:

“On Friday, 1 April, the Deputy Mayor of Bucha, Kateryna Ukraintsiva, made an important, and in retrospect chilling public announcement on the ‘Bucha Live’ Telegram website, a local news site watched by local people: ‘The emergence of the Armed Forces in the city does not mean complete liberation, it does not mean that the city is safe and that you can return here. About evacuation, it should be understood that evacuation can take place only in safe conditions. That is, after complete cleaning, demining, and creation of evacuation routes. The same goes for humanitarian supplies. Civilians who remained here are advised to stay in their shelters and not to wander down the street, so as not to interfere with the cleaning of the city.’”

With the population thus confined to their homes, Kevin notes: “The working assumption of the fanatically anti-Russian Azov Battalion soldiers who had entered Bucha would have been that, of the few people who had remained in their homes in Bucha during the month-long Russian occupation (when most had fled the war southward), many were pro-Russian or at least neutral in sentiment, i.e. traitors to Ukraine.” The Nazi killers then had two days to conduct systematic, nighttime house-to-house searches for “saboteurs and accomplices,” who were killed and dumped on the streets and in mass graves, where they were “discovered” on April 4 and shown around the world.

The Schiller Institute Conference of April 9 demonstrated to the world that the NATO planning for war on Russia and China—a war that would certainly be nuclear and destroy civilization as we know it—is virulently opposed by most of the world. Anatoly Antonov, Ambassador to the U.S. from the Russian Federation, shared the Plenary Session proudly with Schiller Institute founder Helga Zepp-LaRouche, as well as leaders from China, India, South Africa, Italy, and others, and with participants from 65 nations. Ambassador Antonov emphasized the importance of the Schiller Institute, that “without your assistance, it will be very difficult to find a compromise which fits everybody.” Speakers addressed the fact that the illegal and criminal sanctions against Russia have created a field day for the Western speculative hedge funds to further drive up the prices of food and commodities, driving destitution and starvation on a massive scale worldwide. (Zepp-LaRouche and Amb. Antonov’s opening remarks are here.)

To end the madness, to stop the Anglo-American-led descent into fascism and war, we must consolidate the historic cooperation displayed in the Schiller Institute conference, and get broad layers of the American and European populations and institutions engaged in a dialogue at the highest level, to achieve the necessary transformation demanded in the Schiller Institute petition: Convoke an International Conference To Establish a New Security and Development Architecture for All Nations. Sign it and circulate it.