Webcast: Zepp-LaRouche Lays Out the Case for the New Bretton Woods 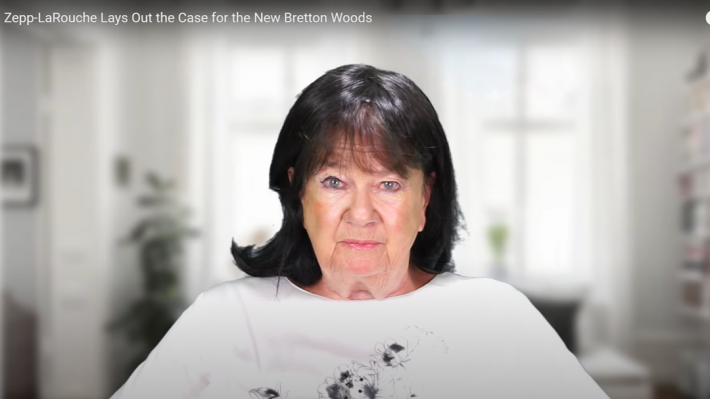 Webcast: Zepp-LaRouche Lays Out the Case for the New Bretton Woods

Read and sign our call for a New Bretton Woods

As the call for an Ad Hoc Committee for a New Bretton Woods is circulating and picking up endorsers, Helga Zepp-LaRouche presented in her weekly webcast the argument why this is the only avenue that can work, if mankind is to move toward peaceful cooperation and development. There is a growing concern about World War III and, while people are against war, they are not looking at the cause. It is the collapse globally of the neoliberal system which is responsible for the war drive coming from the G7 and NATO. While ridiculing the dog-and-pony show of their summits, she pointed to the serious discussion at the BRICS-Plus summit as an example of the potential to achieve a global bankruptcy reorganization.

As to why connect her call with Bretton Woods, she said it represented a precedent. The hijacking of FDR’s original proposal prevented the full decolonization he intended, but that is now on the agenda. The G7 and NATO are launching a global operation which does not address any of the immediate threats facing mankind. Our proposal does.

She urged people to join this fight after presenting a summary of how it was Bismarck’s rejection of neoliberal free trade policies and embrace of the American System which led to the industrial development of Germany. This story is kept out of the history books. It is up to us to carry out a mobilization which reintroduces people to this approach to overcoming poverty and underdevelopment on a global scale.