Video Compilation: A New Paradigm Based on a Dialogue of Civilizations Requires that We Save Afghanistan 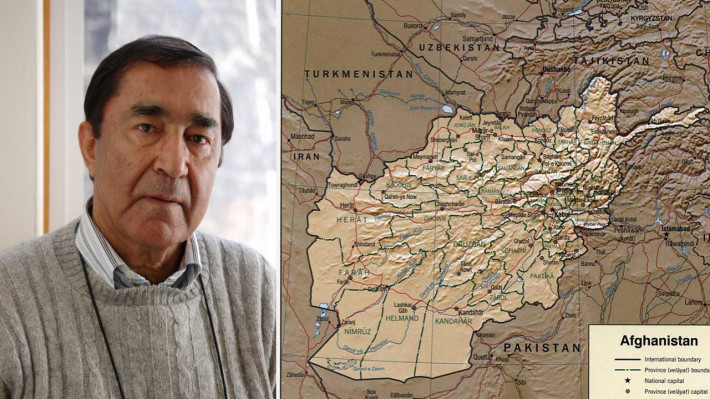 Video Compilation: A New Paradigm Based on a Dialogue of Civilizations Requires that We Save Afghanistan

In Panel 4, “Classical Culture and the Dialogue of Civilizations”, of the June 18–19 Schiller Institute Conference, “There Can Be No Peace Without the Bankruptcy Reorganization of the Dying Trans-Atlantic Financial System,” Dr. Zaher Wahab, Emeritus Professor of Education, who taught at the American University of Afghanistan (2013-2020), and served as an advisor to the Afghan Ministry of Higher Education, spoke in his presentation “Dialogue, Not a Clash, of Civilizations”, of the need to establish a new paradigm of cooperation among nations and cultures, which renounces the Western legacy of colonialism and the Samuel Huntington thesis of “Clash of Civilizations”. He begins by thanking the Schiller Institute for keeping the issue of Afghanistan, his native country, ” up front in the news”.

Dr. Wahab insists that the U.S. and its allies have a a responsibility to rebuild Afghanistan, instead of causing mass starvation through its economic sanctions and seizure of Afghanistan’s Central Bank reserves, stating very clearly that “The U.S. is on trial, humanity is on trial, and history will judge us.” In response to a question about the role of the 10th Century Central Asian philosopher and world famous medical expert Ibn Sina in building a new dialogue of civilizations and saving Afghanistan, Schiller Institute Founder Helga Zepp-LaRouche discusses the concept she developed of Operation ibn Sina to restore the greatness of Afghanistan in building a modern health system and new economy.. This issue has assumed even greater significance since the horrific effects of the recent devastating earthquake in Afghanistan have exposed the lack of the necessary infrastructure and health care system which NATO’s 20 year occupation of Afghanistan never built, and the further economic destruction of Afghanistan caused by U.S. policy since the U.S. pulled out of Afghanistan in 2021.