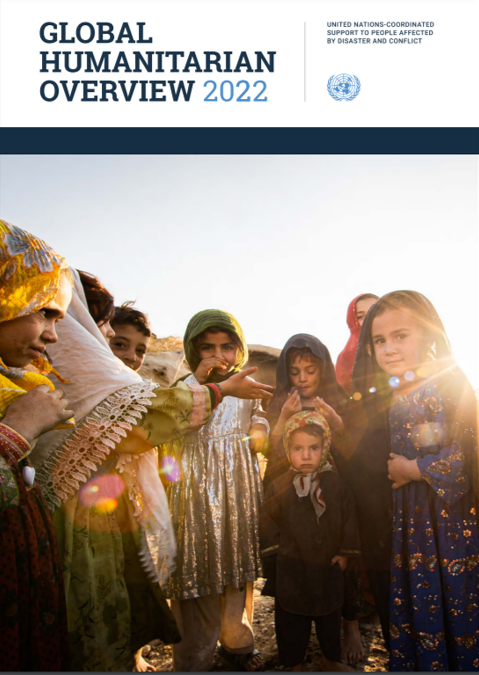 Dec. 3 (EIRNS)–On Dec. 2 , the UN’s Office of Humanitarian Affairs (OCHA) released its Global Humanitarian Overview 2022, which offers a dire picture of world famine and urgent financing needs for humanitarian aid–now far below the $7 billion requested by World Food Program director David Beasley. Coinciding with this, from London, a group of 120 NGOs and charities of varying sizes, issued a letter to world leaders from London, under the group name “Action Against Hunger,” also urging that immediate action be taken to ameliorate the “famine risk that is soaring globally,” and about which the UN warned over six months ago.

” We,” the letter states, “a group of 120 NGOs from around the world – are at a loss that since then the crisis has only worsened. There has been a 370% rise in people experiencing catastrophic levels of hunger since April and now a staggering 45 million people are at extreme risk – on the brink of famine. These numbers do not tell the whole story. Behind them are people suffering immensely from a crisis that we can prevent. What will it take for this situation to change?” The letter cites warnings by UN Secretary-General Antonio Guterres of huge funding deficits, rising rates of hunger and malnutrition, escalating conflict and humanitarian crises, underscoring that conflict impedes humanitarian access, using starvation as a means of warfare. It calls on world leaders to fully fund a $41 billion humanitarian hunger response to end famine globally and address emergencies that fuel hunger– the COVID pandemic, conflict and climate change. {The letter is available here.}

The OCHA report reiterates warnings made by David Beasley, that 274 million people could be in need of humanitarian aid next year–up from 235 million in 2020 and 168 million in 2019. There are 45 million people across 43 countries now at risk of famine and $7 billion needed to avert disaster. “Food insecurity”–starvation–is cited as the major cause for humanitarian need. Since before the COVID pandemic began, the number of people at risk for famine has risen by 60%, the report adds.