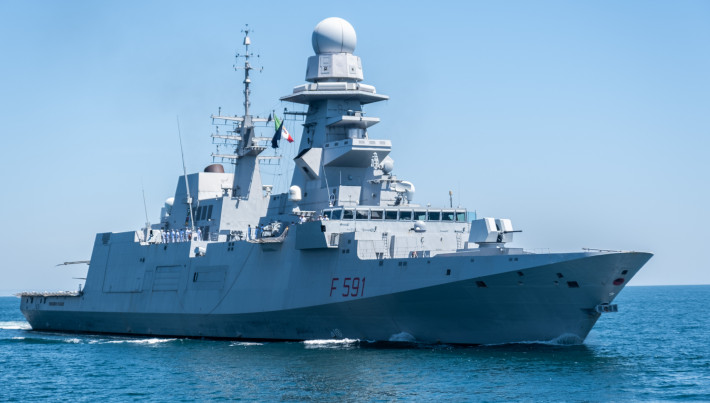 Nov. 9, 2021 (EIRNS)—The Russian Defense Ministry warned today that its forces are closely watching the U.S.-led multinational exercises in the Black Sea multinational group of armed forces near the Russian border” through exercises shaped by possible military action by the Ukrainian regime in southeast Ukraine.

The Tass report on the Defense Ministry statement reads, in part, as follows:

“Currently, the U.S. Navy’s guided missile destroyer Porter, tanker John Lenthall and command ship Mount Whitney are deployed to the Black Sea. Two US Air Force B-1B long-range strategic bombers performed flights over the Black Sea at a distance of 100 km from the Russian state border…. ‘These are unscheduled moves by the U.S. military that is setting up a multinational group of armed forces in close proximity to the Russian border,’ the Defense Ministry stressed.

“As the Russian Defense Ministry explained, the U.S. warships have arrived to take part in multinational drills that the U.S. European Command is holding in the Black Sea region. Such moves are a destabilizing factor in the region and, in particular, pursue the goal of the military exploitation of Ukrainian territory, the ministry stressed.

“‘Considering that in addition to the U.S. Navy, the drills will involve tactical, patrol and strategic aircraft, and also the contingents of the armed forces of Bulgaria, Georgia, Romania, Turkey and Ukraine, this is evidence of an attempt to study the prospective theater of military operations in [the] case that Kiev prepares a use-of-force scenario in the southeast’,” the statement says.

The Russian Defense Ministry is doing more than “closely watching” these U.S.-led exercises. The Black Sea Fleet’s small anti-submarine warfare ships and anti-submarine helicopter have carried out exercises for locating, tracking, and then attacking “a notional enemy submarine” in the Black Sea, Tass reported yesterday, practicing air defense for a surface strike group in transit by sea, accomplishing surface-to-air missile and artillery firings against aerial targets.”  In this extremely dangerous situation, U.S. Sec. of State Blinken is holding a “Strategic Dialogue” with his Ukrainian counterpart this Wednesday (Nov. 10). U.S. State Department spokesman Ned Price spoke of how the U.S. supports “de-escalation in the region and a diplomatic resolution to the conflict in eastern Ukraine,” but then went on to repeat that “we stand with Ukraine, we stand with Kyiv, and condemn all Russian aggression against Ukraine in all forms.”