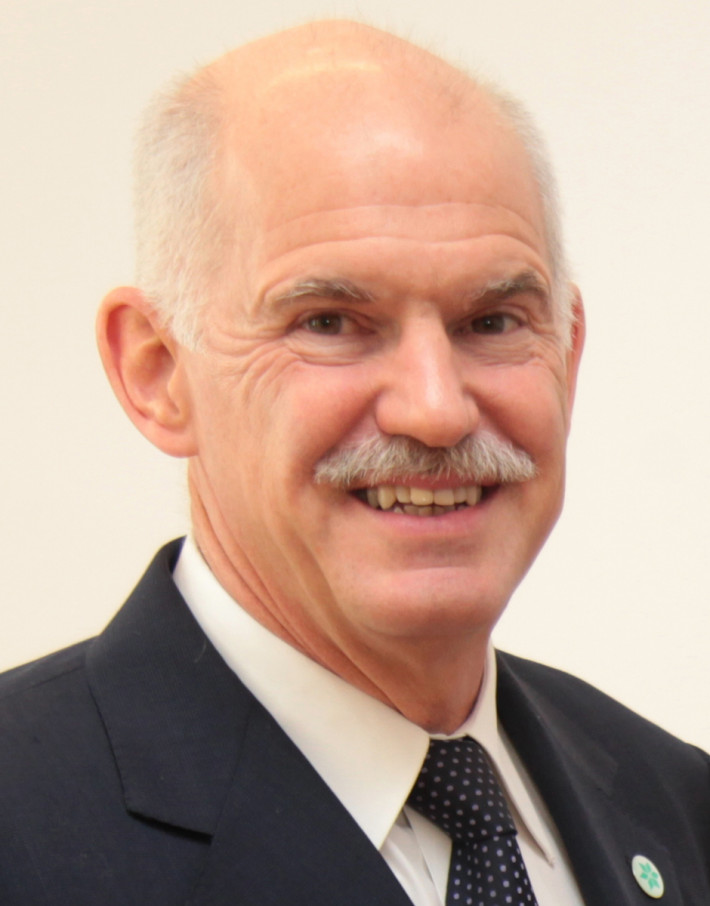 May 12 (EIRNS) — In an interview with Xinhua, former Greek Prime Minister George Papandreou called for the Belt and Road Initiative (BRI) to become a project for new relations between the European Union and Asia. “The Belt and Road Initiative should become a project of new relations, building the new and future relations of the European Union with Asia and of course with China,” he said. He added that because Greece has “worked closely with China for many years,” it is in a position to play a role in this effort. “Greece and China, as ancient cultures, have a lot to give not only to each other, but to the world,” the former prime minister stressed.

Papandreou cited China’s Cosco Shipping investment at Piraeus as an example of fruitful cooperation between Greece and China. Piraeus has been transformed into a major trading and transportation hub for goods both ways. In addition to trade, Papandreou said, Greece and China can collaborate in areas such as the environment, tourism, as well as in the exchange of traditional medicinal and wellness knowledge, among others. Papandreou is currently a member of the Greek parliament and the President of the Socialist International (SI). He has consistently called for cooperation with China, despite the positions of other member parties in the SI.

A recent example is a meeting via video link between Papandreou and Song Tao, Minister of the International Department of the Central Committee of the Communist Party of China (CPC), on April 2, where Papandreou said, “We need to find ways to lower the tensions around these issues [human rights issues] and actually have a dialogue… If we get into this tit-for-tat policy, it often escalates. In the zero-sum game, nobody wins or everybody loses it”. He also praised the successful fight against poverty. As vice chairman of the International Olympic Truce Centre, Papandreou also spoke highly of China’s contribution to the Olympics. “As a Greek, and also as part of the Olympic movement, we see the Olympics as neutral ground, one which should not be politicalized,” he said, referring to recent contentions around a range of issues between China and the United States.