Ryabkov: No Delay; We Will Follow Up Strategic Security Talks 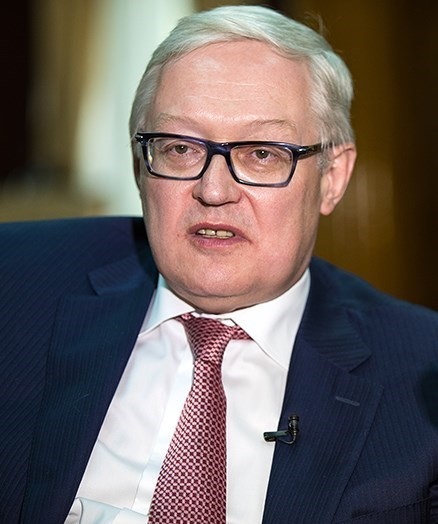 Ryabkov: No Delay; We Will Follow Up Strategic Security Talks

“It was an active dialogue, rich in terms of contents and specifics, multi-layered. Generally, I note for myself that it was a summit meeting in every sense of this word,” Ryabkov said.

“A new start. A new beginning…Whether there will be an upward movement – the question remains open,” He continued. “But the fact that the desire not to escalate [tensions] further, but to look for ways out of deadlocks prevailed, that is a fact,” he said.

“There were no major breakthroughs, but given the state of relations, there could not have been. Nevertheless, especially in terms of the stability and security in the field of information and communications technology, they have achieved shifts in a constructive direction. As for the regional issues — it was rather an exchange of estimates and well-known views so it passed rather predictably,” the deputy minister explained.

On the proposal made at the summit for strategic stability talks Ryabkov said, “I would say that we have a chain of direct instructions from the leadership in order to avoid pauses in practical interaction with the U.S. This specifically concerns strategic stability and ICT security…,” the senior diplomat said.

“We are launching without delay and without pauses the implementation of the achieved understandings, putting their translation into practice. And we expect very much an American response,” Ryabkov stressed.

According to Ryabkov, Biden did not engage in barnstorming for U.S. allies at the summit, but dealt with bilateral concerns.

“Specifically at this meeting, I would not say that there was talk about such American intercession, similar to the one that took place a few weeks ago, when Washington suddenly became very concerned about including the Czech Republic in our list of unfriendly states. There was not anything similar at this meeting,” he said. “But it is also the fact that [U.S. President Joe] Biden came to Geneva with a whole series of joint documents the Collective West, as they say, adopted recently in different formats behind him, and it was felt. This was expected, and ultimately it is not so important whether this or that position of the United States is being worked out individually, or is shared by a number of other states. After all, it is the substantial part, which is important, and we receive it in the form of signals, some expectations or claims. We focus on the meaning, and not on the number of signatories under this or that signal”.

As for allegations against Russia made by Washington, he said they were totally groundless.

“We have no need to explain the red lines to the U.S. We have long understood what our colleagues in Washington talk about, when they use various languages of this or similar meaning. But we don’t even cross these red lines, because all their accusations that we act like we should not, are totally groundless. And this is one of the fundamental problems in relations with the U.S.,” he said.

“As for our red lines, I think President [Putin] explained it so clearly for everyone that I don’t think any further comment is necessary. And the talk about where we see the special acuteness of problems in regards to the U.S.’s behavior was quite straightforward and honest in Geneva,” the senior diplomat noted.