China to U.S.: Choose Economic Development or Opium in Afghanistan 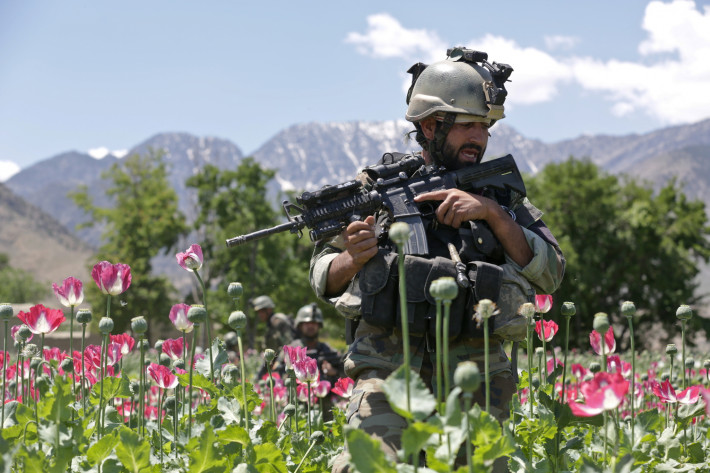 China to U.S.: Choose Economic Development or Opium in Afghanistan

Nov. 9, 2021 (EIRNS)—China’s Global Times has some sound advice for the U.S. and its Western partners on how to best stop opium, build security, and secure political liberties in Afghanistan: help get its economy going again.

While the West “ponders” whether to give aid to Afghanistan, China’s ambassador in Kabul was busy opening an “Afghan trade lifeline.” The ambassador arranged for a Nov. 1 air shipment of 45 tons of Afghan pine nuts from Kabul to Shanghai. There, they were quickly packed and quickly sold on-line, Global Times reporter Mu Lu wrote yesterday, in an article titled “Afghans deserve to be better off through hard work, not planting opium.”

“How can a country achieve stability and long-term development, if its people live on drug cultivation?” Mu asked. Under the occupation and war, Afghanistan’s old infrastructure was destroyed, little new built, agriculture and animal husbandry stagnated, and Afghanistan became the world’s largest producer of opium. Washington now promises to offer humanitarian assistance, but only after freezing “nearly $9.5 billion in assets belonging to the Afghan central bank …. sow[ing] the seeds of economic collapse in Afghanistan.”

A Middle East Studies Institute professor at Shanghai International Studies University, Liu Zhongmin, made the key point: “Afghanistan will not realize stability without the fundamental underpinnings of economic development.” If the international community would start from the perspective of development, and help Afghanistan “integrate into the outside world with its own resources and advantages, ensuring the country a foothold in its own industry, the Afghan people will have the chance to really develop their motherland with assistance from other countries.”

Mu Lu concludes: “Stable, reliable work and income are important to help Afghanistan emerge from the drug economy of the past 20 years, and to give the Afghan people the opportunity to earn their way to prosperity. It is better to teach a man to fish than to give him fish. This is the responsible way to help Afghanistan.”

The Schiller Institute will be discussing some bold ideas for how to do this with Afghan and other representatives this week in Panel 2, “The Science of Physical Economy,” on the first day of its international conference this coming weekend. {Register today at: https://schillerinstitute.nationbuilder.com/202111_13-14_conference.}