Zepp-LaRouche Participated in “The International Academic Forum In China, 2021–a New and Uniquely Chinese Path to Modernization” 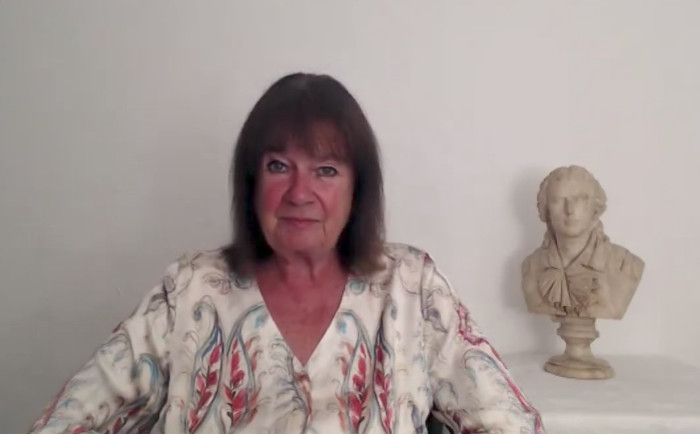 Zepp-LaRouche Participated in “The International Academic Forum In China, 2021–a New and Uniquely Chinese Path to Modernization”

Oct. 20 (EIRNS) — Helga Zepp-LaRouche participated in the high-level International Academic Forum in China 2021, hosted by CASS, the Chinese Academy of Social Sciences, on the theme of “A New and Uniquely Chinese Path to Modernization,” which was held in Beijing on the 14th and 15th of October.

The conference opened with a speech by Huang Kunming, a member of the Political Bureau of the CPC (Communist Party of China) Central Committee and head of the Publicity Department of the CPC Central Committee. He said: “Over the past 100 years, the CPC has led the people in pioneering a new and uniquely Chinese path to modernization and creating a new model for human advancement…. China will follow its own path, strengthen exchanges and mutual learning with other countries, and make greater contributions to the world with the new achievements of modernization.”

He pointed out that the forum is an important platform for the promotion for exchanges in philosophy and social sciences between China and the world. More than 100 scholars from various universities, thinktanks, and academic institutions from twenty nations participated.

Helga Zepp-LaRouche, speaking as the president of the Schiller Institute,” titled her presentation, “A Chinese Contribution to Universal History Viewed from the Future.” She presented the great achievement of China’s transformation from a poor primarily agricultural nation into one of the world’s leading nations in science, industry, and culture. Her call for a dialogue on the highest level all cultures of the world elicited a very positive reaction from the panel moderator, who emphasized that the juxtaposition of both the greatest poets and thinkers of West with those of China demonstrates that while they represent very different cultures, the dialogue between them represents truly universal values. One could see this idea expressed in the song of the European Union (EU), Schiller’s and Beethoven’s “Ode to Joy.”

The questions that needed to be answered were also addressed: What steps must be taken to push the world into a community of a shared future and how can the knowledge produced in China more directly become part of world knowledge?