Sergei Glazyev: The Future Is Being Created Through Eurasian Development 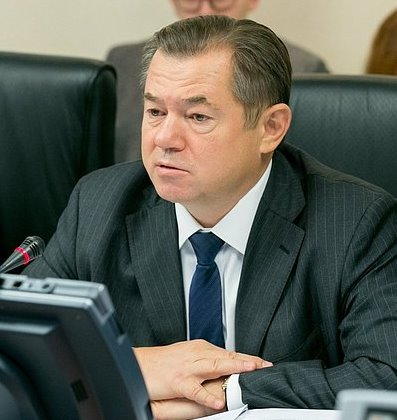 Sergei Glazyev: The Future Is Being Created Through Eurasian Development

Oct. 6 (EIRNS)—Interviewed by an editor of the Russian newspaper Zavtra on August 18, Russian economist Sergei Glazyev spoke optimistically of the entirely new world economic order taking shape around the growing economic integration between the countries of Eurasia, in contrast with the disintegrating Western speculative financial system, whose imposition of “pure usury” is creating “genocide” in countries like Ukraine. The October 2 publication in full of Glazyev’s interview on Spain’s El espía digital website, reflects the growing recognition in Western nations that the high-tech cooperative development model evolving in Eurasia offers some crucial lessons about what works.

Glazyev is no mere commentator, but a man who understands that “ideas rule the world.”  He is the Minister for Integration and Macroeconomics for the Eurasian Economic Commission (EEC), the executive body for the Eurasian Economic Union (EAEU), the common market established by Russia, Belarus, Armenia, Kazakhstan, and Kyrgyzstan, which is coordinating projects with the Chinese-led Belt and Road Initiative. He is also very familiar with that “titan of thought,” American statesman Lyndon LaRouche, and his “realistic school of economic thought,” as Glazyev describes him, having spoken many times with LaRouche and his wife Helga Zepp-LaRouche over the past two decades, both privately and publicly.

The EAEU has completed the first phase of forming a common market, and is now working on how to “saturate” that market with “new infrastructure, information, and cultural ties, and joint economic projects” in order to bring about “accelerated development,” Glazyev reported.

Unlike the previous world order, which “had an imperial character, in which the principal centers of development, the US and the USSR, dictated their will upon the other countries which fell in their area of influence … the new world economic order is not monocentric,” he emphasized. “In our new world economic order, there is mutual respect for the sovereignty of different countries, both large and small; cultural diversity is preserved; interference in internal affairs is not attempted; and cooperation is based not on the zero-sum principle within the framework of liberal globalization, but rather on the search for a combination of competitive advantages to achieve a synergistic effect, in order to raise the social well-being of all the countries which participate in integration processes….

“This is what unites our approach with the Chinese approach in the framework of building a complete new world economic order.”

Glazyev stresses the great importance of the Chinese model of development, which in the last 30 years achieved three times greater growth than the United States, by combining strategic planning by the State with markets and private entrepreneurship. Under this dirigist model, if a private corporation tries to destabilize or manipulate the market to gain super-benefits, the State can shut it down. This system has proven to be “extremely effective,” and many countries are introducing such measures, following China’s path, which is widely known through the Belt and Road Initiative, he argued.

This, he emphasizes, is how a new world economic order is emerging, accelerating economic development, not only in Asia, but in other continents, such as Africa. Yes, we have problems and differences, he said, but “the logic of history, … the logic of development, the objective interests of the countries participating in the transition to a new technological world economic order allows us, despite all the obstacles, achieve positive results in order to advance, step by step.” [All quotes are translated from the Spanish translation of the original Russian.]