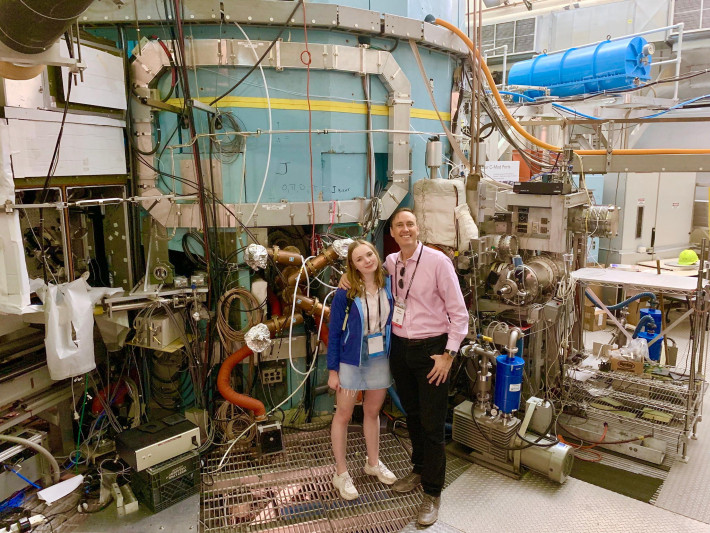 Sept. 8, 2021 (EIRNS) — Italian energy company ENI announced a successful test in fusion magnetic confinement through high-temperature superconducting technology. The test was accomplished by CFS (Commonwealth Fusion Systems), a spin-off company of the Massachusetts Institute of Technology’s Plasma Science and Fusion Center, established in 2018, of which ENI is a shareholder.
A statement on ENI’s webpage says that “CFS has successfully completed the test aiming to demonstrate the operation of the innovative magnet for plasma fusion confinement, for the first time made with HTS (High Temperature Superconductor) technology.
“The test concerned the superconducting technologies and it showed the possibility of maintaining the magnet in the superconducting regime with a high stability of all the fundamental parameters for its use in a fusion power plant. The innovation will contribute to a significant reduction in plant costs, ignition and maintenance energy of the fusion process and in the general system complexity, nearing the time and reducing the effort to build a demonstration plant that will produce more energy than that required to maintain the fusion process (net energy production plant). This will subsequently allow constructing and conveniently deploying power plants throughout the world, connecting them to the electricity grid without expensive custom-made generation and transport infrastructures.
“On the basis of this important achievement, CFS confirms its roadmap and intends to build the first experimental device with net energy production named SPARC by 2025, followed by the first demonstration plant, known as ARC , that could start feeding energy into the grid over the next decade, according to schedule.
“SPARC will be built by assembling a total of 18 identical HTS magnet coils (similar to the one tested), in a toroidal configuration (a doughnut shape named “tokamak”) to generate a magnetic field with the strength and stability necessary to contain a plasma of hydrogen isotopes at temperatures of around 100 million degrees, at which the fusion of atomic nuclei can occur with the release of a very high quantity of energy.”