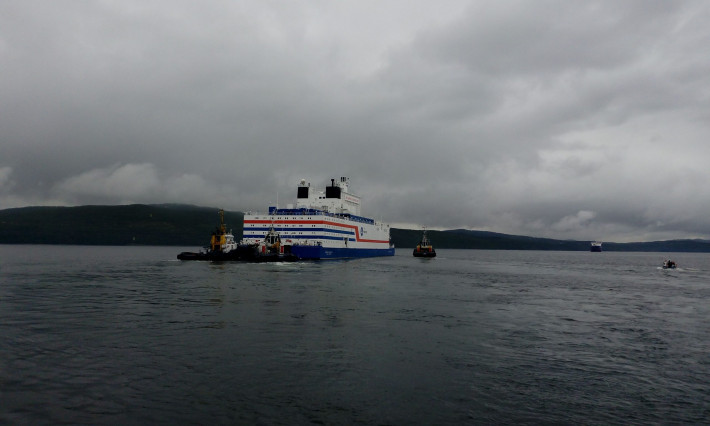 Aug. 7 (EIRNS)–Russia’s state nuclear corporation Rosatom is committed to building four new floating nuclear power stations over the next six years, in order to power mining ventures in Siberia’s far northeastern tip. The new waterborne facilities will be similar to the Akademik Lomonosov, the audacious floating nuclear plant that Rosatom connected to Pevek, a remote port in Chukotka in 2019 after spending more than a decade constructing it.

In the new projects, the four plants will be deployed to the nascent Baimsky copper mining project, also in Chukotka, by the end of 2026. Under the $2 billion plan, Rosatom would construct four floating plants at St. Petersburg’s Baltic Shipyard, each centered on a pair of 55 MW RITM-200 reactors, the type featured in Russia’s new generation nuclear icebreakers.

Three would supply power to the mining sites. The fourth plant would be kept in reserve and rotate in when any of the first three require refueling or maintenance, Rosatom’s CEO Aleskei Likhachev told TASS last week. He also said that this fourth plant could also act as a reserve unit for the Akademik Lomonosov, whose older KLT-40 reactors require refueling every 12 years.

The first two of new floating nuclear plants are due at their working location on Chaunskaya Bay in the East Siberian Sea by 2026. Once there, they will be connected to power lines spanning 400 km to the Baimskaya mine. The third unit is due to be connected at the end of 2027, increasing the total power supply to about 330 MW.