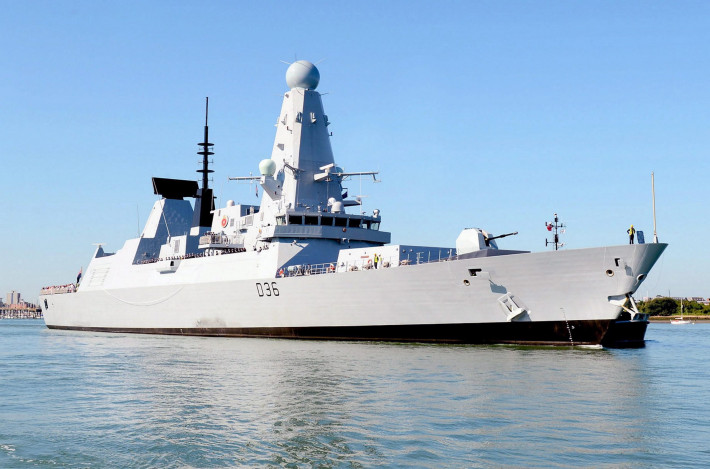 June 24, 2021 (EIRNS)–Confirmation that the Royal Navy destroyer HMS Defender’s sailing into waters claimed by Russia near Crimea was a deliberate provocation, came yesterday from none other than the BBC, which had one of its own reporters on the ship. The reporter, Jonathan Beale, confirmed that the Russians did issue radio warnings to the crew, that the crew was prepared for a possible confrontation, that gunfire was indeed heard, that some 20 Russian aircraft passed by overhead and that two Russian coast guard vessels came within 100 meters of the British ship. “This is at odds with statements from both the British prime minister’s office and defence ministry, which denied any confrontation,” the BBC reported.

“While Moscow claims the peninsula and its waters are Russian territory, the UK says HMS Defender was passing through Ukrainian waters in a commonly used and internationally recognised transit route,” the BBC reported further. “A source told BBC diplomatic correspondent James Landale that the Defender was not there to pick a fight but to make a point — to assert its right to freedom of navigation in international waters.”

Beale himself added: “This would be a deliberate move to make a point to Russia. HMS Defender was going to sail within the 12-mile (19km) limit of Crimea’s territorial waters. The captain insisted he was only seeking safe passage through an internationally recognised shipping lane.” The logic behind this is that since the UK does not recognize the return of Crimea to Russia, the territorial waters that extend from the peninsula still belong to Ukraine. Therefore, according to the British view, the HMS Defender was merely exercising the right of innocent passage on its transit from Odessa to Georgia.

The Russians regard the incursion by the HMS Defender as a violation of international law. “Russian Defense Ministry views the dangerous actions of the Royal Navy Destroyer as a blatant violation of the 1982 UN Convention on the Law of the Sea. The Russian military ministry called on the British side to conduct a thorough investigation of the HMS Defender crew for prevention of similar incidents in the future,” the Defense Ministry said.