Fed Looks Like Losing Control of Interbank Lending, as in September 2019 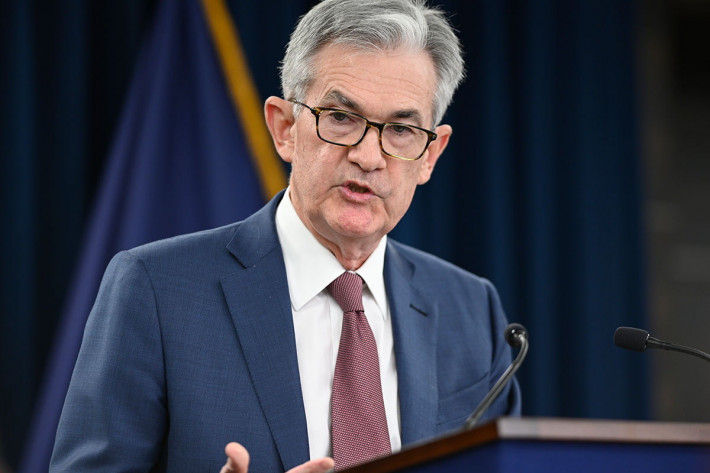 Fed Looks Like Losing Control of Interbank Lending, as in September 2019

Fed Looks Like Losing Control of Interbank Lending, as in September 2019—

Aug. 5, 2021 (EIRNS) – A new Standing Repo Facility has been created by the Federal Reserve with an authorization of $500 billion subject to unlimited increase by Fed chair Jerome Powell. The Fed announced the facility July 28 and activated its operation July 29, indicating some urgency to cope with a liquidity problem in the interbank lending market, according to economists Pam and Russ Martens in their “Wall Street on Parade” column of July 28.

In September 2019 the Fed suddenly confronted a serious freeze-up in the interbank lending market and was forced to make emergency liquidity loans to the primary dealer banks which burgeoned up to hundreds of billions a day. There were many calls then for a standing repo facility, which was not created. Now it is set up, and will make repo loans not only to primary dealer banks, but to hedge funds, private equity funds, money-market mutual funds…. And, there is a second Standing Repo as well, for “foreign and international monetary institutions.”

So, the situation has clearly gotten much more unstable and contagious. The Federal Reserve has crammed the big banks with $4.5 trillion more in reserves just since the restart of QE in October 2019; those banks are crammed with trillions in new deposits while they have {withdrawn} loan and lease credit, net, from the economy, doubling their speculative {securities assets} the while.

Equally ominous, although the Martenses did not report it June 28: The Fed embarks on these new facilities to pump in liquidity, after about six weeks of reverse repo operations – where the Fed makes overnight loans of Treasuries in exchange for cash loans from banks; i.e., it {soaks up liquidity from the banking system} – which have run as high as $1 trillion/day! This indicates it is dealing with, or perhaps lurching around in, real volatility stemming from the very masses of deposits and stock-price gains it has caused to appear.

Worst of all, in the Martenses’ view, is that the Fed announced the Standing Repo Facility on the afternoon of the day it had been called for, in the morning, by the G30 Working Group on Financial Markets headed by the consummate bad actor in a financial crash, Tim Geithner. Geithner, as head of the New York Federal Reserve, “sluiced out $29 trillion to bail out the Wall Street banks” in 2008, as they wrote.

The Standing Repo Facility will be operated by the New York Federal Reserve Bank.