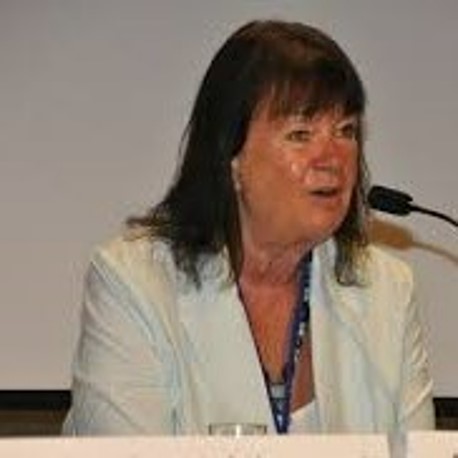 July 13 (EIRNS)—Helga Zepp-LaRouche gave the following interview to China Plus radio’s World Today broadcast today. China Plus is the official English website of China Radio International. The interview is the second news story starting at 12:55 minutes

CRI: Welcome back. The United Nations Human Rights Council has passed China’s resolution on the contribution of development to the enjoyment of all human rights, at the 47th session, which emphasizes the right to development and that the aim of development is to improve the developing of the people. For more, we are now joined on the line by Helga Zepp-LaRouche, founder of the Schiller Institute, a Germany based economic and political think tank. Thanks for joining us Dr. LaRouche.

HELGA ZEPP-LAROUCHE: Yes, hello! How are you?

CRI: I’m good, thank you. So, the resolution stresses that development and the realization of human rights and fundamental freedoms are interdependent and mutually reinforcing. How do we understand those?

ZEPP-LAROUCHE: First of all, let me express my congratulation. I think this is an excellent development, because hopefully this will inspire a very productive discussion everywhere around the world, what is the right definition of human rights. And I think the interdependence between development and human rights and freedom, you can see best if you look at the lack of development. Because then you have poverty, and you have still on the planet, 2 billion people who have no access to clean water, more than 800 million are and you have no freedom if you have all day to try to get a little bit of water and a little bit to eat, just to try to stay alive, so you have no freedom under these conditions. So therefore, I think development is very clearly the precondition for both human rights with freedom.

CRI: Yes, but that is very different from the Western explanation for human rights, which all starts with the ballot box and has everything to do with individual freedom. How did it get the different priorities when it comes to the human rights issue?

ZEPP-LAROUCHE: Well first of all, I think one has to see that the label isn’t always consistent with the content. Many things which have the label “democracy” and “human rights” have quite some different content, and in the case of the Western parliamentarian system, or unfortunately even the presidential system in some countries, is more a plutocracy, where the money of the multinationals and the big banks determine who gets a seat. Also, I think if you look at the overemphasis of individual freedom it has degenerated into a notion, everything is allowed, and the common good is regarded as a suppression of these individual freedoms.

Now, if you have a crisis, like in the case of COVID-19, you can see what the consequences of this is. China and some other Asian nations took strict measures for the common good, and it worked well, and then also the individuals profited because they were rid of the pandemic earlier; while in the West you had a back and forth, people were even protesting against having to wear masks, regarding that as an intrusion in their personal freedom, and they had to pay a much, much bigger price.

CRI: Well, representatives from countries including Venezuela, Cuba, and Pakistan also made speeches to appreciate China for delivering those draft resolutions and stressed that development should be the focus of every country, especially developing countries. But why is the resolution getting support from these countries?

ZEPP-LAROUCHE: Well, it’s very simple: Because in the entire post-World War II period, the IMF conditionalities prevented real development in the developing sector. They were told, you have to pay your debt first before you can invest in infrastructure or health, and the result was a blatant underdevelopment and incredible poverty. So, China, even before the Belt and Road, invested in railways in Africa and other infrastructure, but especially with the Belt and Road Initiative and the COVID crisis, it became very clear that these countries regarded the help from China—which was denounced as “vaccine diplomacy” by some Western media—but these developing countries regarded the attitude of China as a life-saver for them. So, it’s no surprise that they would support it.

CRI: And I think you earlier mentioned about what should be the right definition of human rights. And another question is who gets to pick what the most basic human rights should be? And have you got a feeling that this has been heavily guided by a small number of mostly Western nations which has led to a general bias in favor of the civil, political liberties over economic, social, and cultural rights?

ZEPP-LAROUCHE: Yes. You can see that right now very clearly in the case of the so-called “identity policy.” For example, between the EU Commission and countries such as Hungary, Poland, Slovenia, there is a big tension right now, whereas in the East, they have rejected the effort by the EU Commission to impose the values of the Western liberal European countries.

So, I think what needs to be put up front again, is the Five Principles of peaceful coexistence and the idea of non-interference in the different social systems, because they are, due to customs, traditions, cultural heritage and these must be respected.

CRI: In 2019 a study by the Center for New American Security—that is a Washington-based think tank—says that China’s actions in the UN were part of this effort to redefine how such institutions are run and shift away from Western concepts of democracy and human rights. What is your thought on those?

ZEPP-LAROUCHE: Well, China has been the leading nation for centuries, and only in the 18th and 19th centuries, because of the colonialist attacks and Opium Wars by the British, you know, that that was diminished. But now, China is again the second largest economy in the world. The lifting of poverty of 850 million people represents a tremendous civilizational contribution, and therefore, I think, it is absolutely correct that China should have a major role in this discussion.

CRI: OK, but do you feel the widespread back and forth surrounding human rights issues around the world currently has been highly politicized? And sometimes it has even been used as a tool for political purposes and sometimes as an excuse to put pressure on other countries or even invade other countries?

ZEPP-LAROUCHE: Yes. These notions, human rights and democracy, have become like a two by four: You can smash any argument into the ground. So, I think this double standard needs to be corrected. Those people in the West who support sanctions under conditions of the COVID-19 crisis against such countries as Syria, Yemen, Iran, Venezuela—I think altogether 30 countries—I mean, this is a violation of human rights if you ever have seen one. Or, if you look at how Assange is treated, or what happened to Snowden, all these people just did the right thing, and they have been treated in an absolutely horrible way. So, this double standard should be stopped.

CRI: What are the consequences of such double standards or politicizing such human rights issues? Is it like shifting our focus away from the real human rights problems?

ZEPP-LAROUCHE: Yes, it poisons the atmosphere, and it degenerates the idea of human rights, which is actually a beautiful idea, and makes it a victim to geopolitical reasons.

And this is very important right now, concretely in Afghanistan. Look, for example, NATO spent there 20 years for absolutely nothing, and now the question is what’s to come out of Afghanistan? Will you continue the geopolitical war? Or, will you have an agreement among all neighbors, like Russia, China, India, Pakistan, Iran, and have real development? The real development would mean to extend the New Silk Road, the Belt and Road Initiative into Afghanistan, but also into Iraq, Syria, Yemen, the whole region. And then you can have peace. So this is not an abstract academic notion, this is an extremely actual issue, that the idea that real peace does require development, that that is a precondition without which nothing will function.