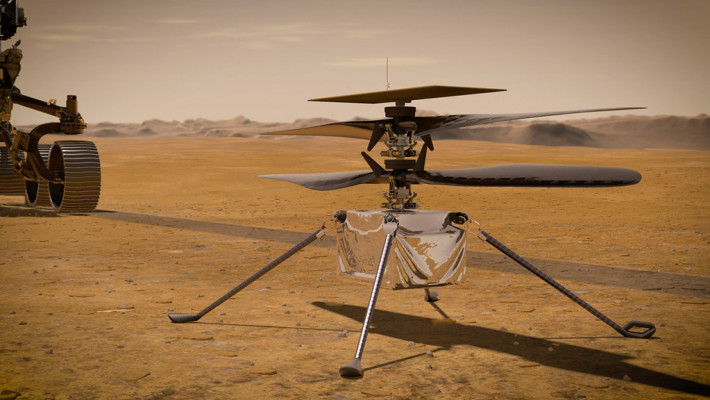 July 6, 2021 (EIRNS)—NASA reports that Ingenuity successfully completed its ninth and most challenging mission so far on Monday. NASA’s Jet Propulsion Laboratory (Ingenuity’s “mother”) tweeted: “#MarsHelicopter pushes its Red Planet limits. The rotorcraft completed its 9th and most challenging flight yet, flying for 166.4 seconds at a speed of 5 m/s.” That’s 16 feet a second, the fastest speed since the beginning of the experiments in April. The little heli flew about 625 meters (0.4 miles). Ingenuity has been tested performing increasingly greater tasks than originally planned. Yesterday Ingenuity was sent off on a different route than its rover companion, Perseverance, flying over “unfriendly” terrain which has elevations and sandy “ripples,” not the flat terrain for which Ingenuity had been prepared. The “significantly elevated risk” makes it “the most nerve-wracking flight since Flight 1,” JPL wrote in its July 2 pre-flight statement. It was a success, but the full statistics and image collection have yet to arrive back at Earth. Read more here.