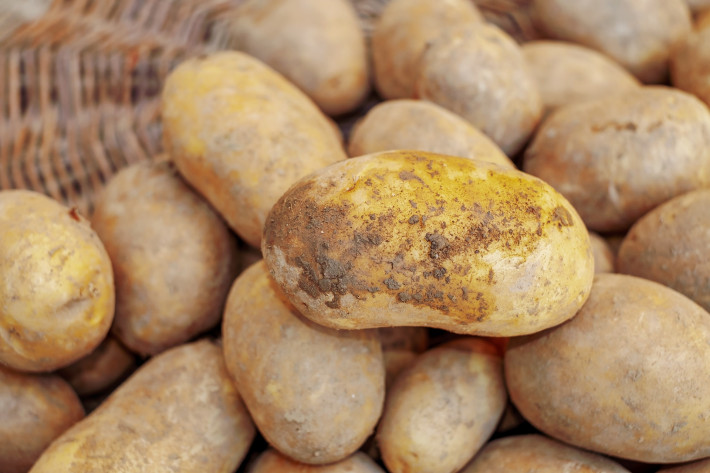 In a groundbreaking experiment, Chinese scientists led by Huang Sanwen, a researcher with the Agricultural Genomics Institute at Shenzhen (AGIS) (a city just north of Hong Kong), under the Chinese Academy of Agricultural Sciences (CAAS), used a genome design to transform potato breeding, and developed “pure and fertile potato lines” with genome-editing technologies

Their study, titled “Genome Design of Hybrid Potato,” was published online in one of the world’s leading academic journals, {Cell}, on June 24.

Unlike other crops that are propagated from seed, the potato is a tuber crop which is propagated by cloning. This results in long breeding cycles, low reproduction efficiency, and makes the potato plant more susceptible to disease and insect attacks.

CGTN reported that “Huang and his team initiated the “Upotato Plan” in 2015, aiming to replace vegetative reproduction with hybrid seeds via genome design and improve potato breeding speed and reproduction efficiency.

“‘We must first solve the problem of self-incompatibility, which is that potatoes do not produce seeds after self-pollination. Through material selection and gene editing, we have successfully tackled the problem and produced seeds,’ said Huang.

“‘Meanwhile, we have also discovered how to improve plant health and output. By genome design, we eliminated harmful mutations, aggregated good genes and finally cultivated the potato variety called ‘Upotato NO. 1.’ After testing, it has shown excellent performance…

“We now only need 2 grams of potato seeds for a one-mu land, compared to 200 kilograms of seed potatoes before, which greatly reduces the planting costs.” (There are about 15 mu to one hectare.)

Their work has been recognized by their international peers, with one scientist from the European Academy of Sciences commenting, “This work is very important because it’s relevant to feeding the planet.”