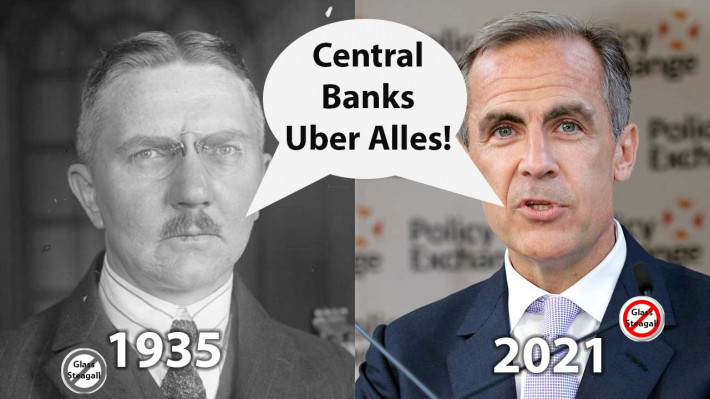 Paul Gallagher of Executive Intelligence Review documents the deliberate policy of hyperinflation followed by deflation practiced by Hjalmar Schacht, President of the [German] Central Bank (Reichsbank) 1933–1939. The same policy is being practiced today by Mark Carney, former head of the Bank of England, in a policy he calls “Regime Change,” which intends to subvert the power of sovereign governments and replace it with policies of central banks. The policy has only one conclusion as demonstrated in the horrors of Germany during WW2.

Learn more about the Great Reset and how to defeat this genocidal policy.