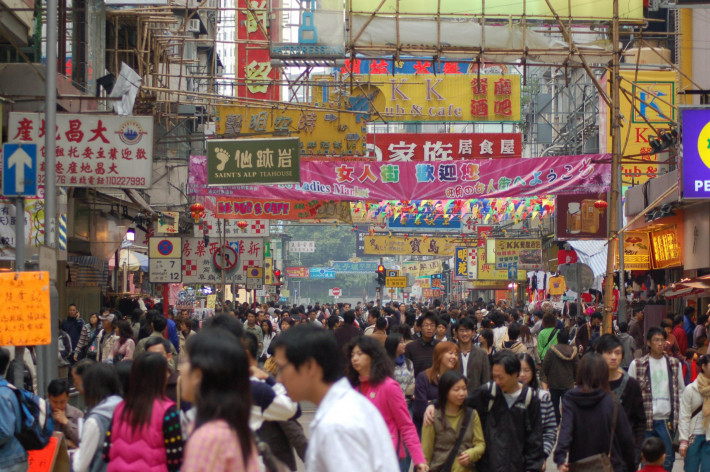 June 19 (EIRNS)–Chinese authorities in Hongkong arrested five executives of the Apple Daily newspaper under the new security law. This is the paper of Jimmy Lai, the pal of the core neocons in the US and the darling of the regime change institutions. Lai financed and publicized much of the anarchist terror that swept Hongkong in 2019, as well as the earlier “umbrella revolution.” Lai has been convicted and is now in jail.

The Global Times editorial today quotes the responses from the US and UK foreign affairs officials: “On Twitter, British Foreign Secretary Dominic Raab inaccurately accused that the search and arrest `demonstrate Beijing is using the National Security Law to target dissenting voices, not tackle public security.’ The US State Department `condemned’ the arrests and asked for their immediate release. `We are deeply concerned by Hong Kong authorities’ selective use of the national security law to arbitrarily target independent media organizations,’ Ned Price, US State Department spokesperson, said.”

GT responded: “The US and the UK must accept the reality that they can no longer influence the situation in Hong Kong. The city has returned to its motherland, and is now governed by the Constitution of the People’s Republic of China and the Basic Law.” They noted that Hongkong is now peaceful, allowing the population the freedom to go about their lives, which was massively disrupted during the riots.

Most interesting, they show the restraint shown in Hongkong compared to the police actions in the US: “The Hong Kong Special Administrative Region government has been focusing on rebuilding the people’s consensus while exercising restraint in taking legal enforcement action. At least 521 people have been arrested and charged with crimes in the US’ few-hour long Capitol Hill riots; yet since the turmoil in Hong Kong, much more severe social damage has been made in Hong Kong, and only 62 people were prosecuted after the national security law came into effect.”