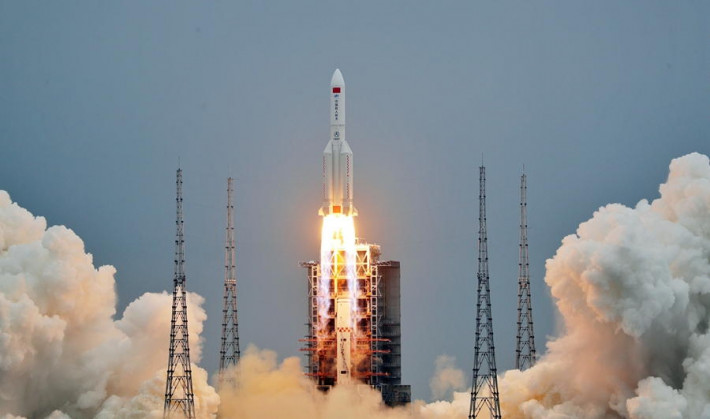 China launched the cargo spacecraft Tianzhou-2 on Saturday, May 29, which has docked with the space station core module Tianhe. It delivered supplies for the first crew, equipment, and propellant. The Long March-7 Y3 rocket, carrying Tianzhou-2, blasted off from the Wenchang Spacecraft Launch Site at 8:55 p.m. (Beijing Time), according to the China Manned Space Agency (CMSA). The launch was a complete success, the CMSA said.

The cargo includes more than 160 large and small packages, including supplies for astronauts, space-science equipment, and two tons of propellant, which are needed to keep the station in a stable orbit. After docking with Tianhe, Tianzhou-2 will replenish Tianhe’s propellant and help test equipment for space application projects.

Three astronauts will be launched on the Shenzhou-12 mission, and will stay in orbit for three months. It will be their job to unpack the goods stowed inside Tianzhou-2. In addition to supplies for the three-astronaut first crew, the gear delivered by Tianzhou-2 also includes two spacesuits for extravehicular activities, each weighing more than 100 kg, which will be needed on future “space walks.” This year, two manned craft will dock with the station.

Tianzhou-2 is also delivering space food, dubbed “space deliveries” by Chinese engineers, including many traditional Chinese dishes. From staple foods to non-staples, from meat to vegetables, the menu is appetizing for Chinese astronauts. Famous stir-fried Chinese dishes like shredded pork with garlic sauce and Kung Pao chicken are both on the menu. (The menu may be an added inducement for non-Chinese astronauts to visit the station.)

Later this year, another cargo vessel will dock with the station, as will a second manned mission. In 2022, the station will be complete, with the addition of the Wentian and Mengtian laboratory modules.

Then it will be open for other countries to send their experiments, their astronauts, or even their entire laboratories, to this truly international space station.