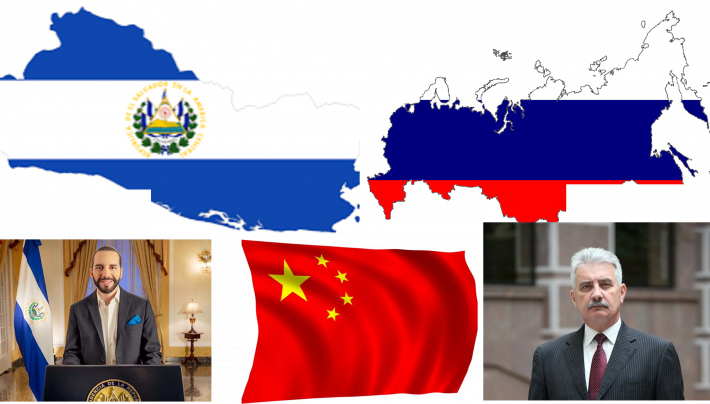 May 20, 2021—All over the world, nations are beginning to recognize that an alternative to the dying Old Order of geopolitics, colonialism, and usury is coming into being, with sovereign nations joining together for mutual development. Central America is no exception to this process.

“We are very enthusiastic about strengthening the relationship with Russia, we are facing a world with new challenges and opportunities, and we want to take advantage of those opportunities,” Salvadoran President Nayib Bukele told Russian Ambassador Alexander Khokholikov yesterday, in receiving the new Ambassador’s credentials. Bukele noted that El Salvador recognizes “the importance of Russia in the world.” Khokholikov responded in the same spirit, assuring him that the Russian government also wishes to increase cooperation. “We are going to work bilaterally and multilaterally,” he said, “because that is how it should be to maximize mutual benefit, both of Russia and El Salvador.”

Today China’s Embassy in El Salvador issued an important communiqué, reiterating that the agreement signed with El Salvador for China to oversee the construction of four development projects requested by the Salvadoran government spells out that China is covering the costs of the projects. President Bukele immediately posted the communiqué to his Twitter, much followed by others in the region, as well as Salvadorans at home and abroad.

The Biden administration, which has supplied neither vaccines nor economic development aid to the region, is publicly threatening to overthrow the governments of El Salvador, Guatemala, and Honduras if they break with the old order.

This is being done in the name of “fighting corruption” in Central America. The State Department included in its list of corrupt officials in those countries which it released on Tuesday, for example, two top Bukele administration officials: the President’s Chief of Cabinet, Carolina Recinos, and Minister of Security and Justice Rogelio Rivas. The charges are preposterous: Recinos is accused of engaging in “significant acts of corruption during her term in office” (no further details), while Rivas’s alleged “significant acts of corruption” were supposedly that he “awarded his own private construction company several noncompetitive and unadvertised contracts to build police stations and other buildings that fall under his official capacity and inflated the cost of materials.”

American Democratic Congresswoman Norma Torres, head of the Central American Caucus in the House of Representatives and a close ally of Vice President Kamala Harris, proclaimed on Tuesday as she released the list: “I will be relentless in demanding accountability from our government – if we know someone is corrupt, I expect our government to use all levers at our disposal, including sanctions, visa restrictions, withholding support to deter future acts of corruption, and dismantling the systems that allow corruption to occur.”