Beasley: 9 Million Died of Starvation in 2020; This Year Could Reach 30 Million 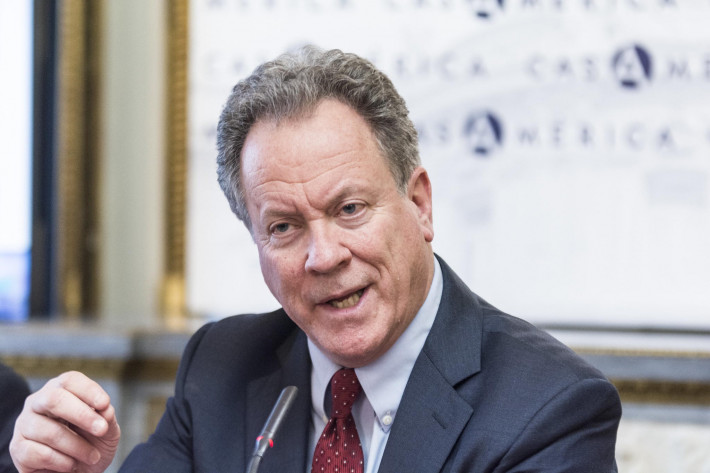 Beasley: 9 Million Died of Starvation in 2020; This Year Could Reach 30 Million

Beasley Describes, 9 Million Died of Starvation in 2020 and This Year Could Reach 30 Million –

May 13, 2021 (EIRNS)—David Beasley, Executive Director of the World Food Program, in a speech May 7 in his home state of South Carolina, warned that the number of people who could die of starvation in 2021 could be 20 to 30 million. He reported that 9 million perished last year from lack of food, in contrast to the 3.24 million official 2020 world death toll from COVID-19, which, of course, is a vast undercount. His point was to call for intervention with food relief, but also to stress that the armed conflicts should stop.

Beasley spoke in his home county of Darlington, at the Wesley Chapel United Methodist Church in Lydia, which was founded in 1789.

He said, as reported by SCNow daily, “What happened in the past four years? Man-made conflict. And I say that in a gender way. It’s not woman-made. It’s man-made. It’s literally man-made conflict.” He singled out Syria, Yemen, and South Sudan for special attention as examples of dire emergency.

On the well-known warning by Beasley, that we are facing a famine catastrophe of “Biblical dimensions,” he chose to recount the backstory to that phrase, which he used in April 2020, in briefing the UN Security Council. As he has often repeated, it was Tony Blair, who urged Beasley to go to the UNSC, when Blair heard Beasley’s strong language.