Chinese and Argentine Labs to Produce Sinopharm Vaccine in Argentina 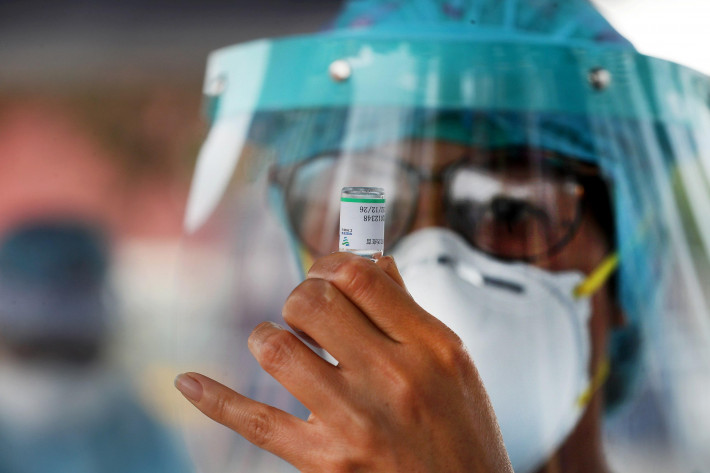 Chinese and Argentine Labs to Produce Sinopharm Vaccine in Argentina

May 7 (EIRNS)–The Chinese embassy in Argentina together with Health Minister Carla Vizzotti announced May 5 that the Argentina laboratory Sinergium Biotech has signed an agreement with China’s state-run Sinopharm company by which Sinergium will produce the Sinopharm vaccine at its facility in Buenos Aires. The announcement was made following a high-level meeting including Chinese ambassador, Zou Xiaoli, Vizzotti, special presidential adviser Cecilia Nicolini, the Argentine ambassador in Beijing, Sabino Vaca Narvaja, and top executives from Sinergium labs and Sinopharm. According to the daily {Dangdai} the same day, the Chinese embassy tweeted that “the pharmaceutical companies of both nations will immediately begin consultations to get production started as soon as possible….As always, the Chinese embassy in Argentina will support the efforts of both countries to combat the pandemic, and will help Sinopharm in its close collaboration [with Argentina], so as to elevate the Chinese-Argentine response to this health emergency.” The plan is for Sinopharm to send the first batch of antigens to Argentina in June, so that Sinergium can begin to produce up to one million doses of the vaccine per week.