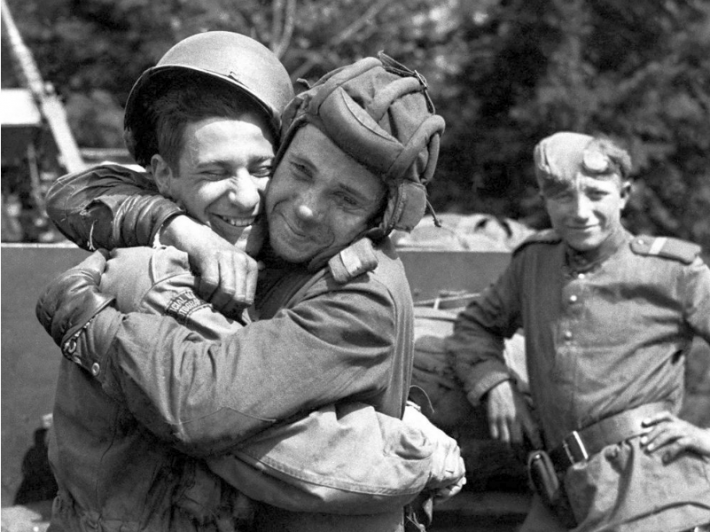 April 25 (EIRNS) – The Schiller Institute NYC Chorus & with friends from Ibero-America and Europe broadcast an uplifting concert this afternoon, which was introduced as follows by Jen Pearl:

Good afternoon, and welcome to `Beethoven’s Credo: Believe in the Future, a World Without War.’ My name is Jen Pearl and I am the chair of the board for the Schiller NYC chorus.

On December 17th, 2019, Beethoven’s 249th birthday, our chorus, the SI NYC Chorus participated in an event at Carnegie of the Foundation for the Revival of Classical Culture, opening up what was supposed to be a year-long celebration of the Beethoven 250th year. We performed the choral movement of the Ninth Symphony there, with the preeminent Gerard Schwarz as conductor. We took as our objective to perform Beethoven’s great Missa Solemnis a year later.

Then we all know what happened. While many choruses and arts organizations were forced to pull back during the lockdown, the Schiller Institute NYC Chorus pushed ahead, despite the challenges, because we know how important it is to sing beautiful and profound music in times of crisis—music, which connects us at the higher level of humanity as a single immortal species. We managed to present virtual performances of the Kyrie and Gloria last December.

Today’s concert is truly special because it features another movement the Missa Solemnis.

And while we are excited and joyful about bringing you the Credo movement of the Missa Solemnis and other beautiful selections tonight, we are also performing this concert in the context of a world fraught with crises, including an increasing potential of world war and starvation in Yemen and Syria. The beauty of tonight’s program, which reflects the very best of mankind’s creativity, is also very much in direct contrast or dissonance with the very worst actions being done at the hand of human beings, right now as we speak, toward entire nations and populations of children.

Beethoven once said that, if people understood his music, there would be no war.

On this day, April 25th, 76 years ago there was an event that resonates powerfully still today with that sentiment, that mankind should not settle disputes with violence. This was the day during WW II that American and Soviet troops met from the east and the west at the Elbe River near Torgau Germany, south of Berlin, ensuring an early end of the war, and thus became known as `Spirit of the Elbe.’ We dedicate this concert to that spirit which is much needed today. So we will begin our concert today with this short video introduction.

Near the end of the concert, Jen Pearl made the following closing remarks:

Our final offering this evening is Mozart’s Ave Verum Corpus. Mozart composed this motet in a perfect way to evoke from you the awe you would experience when seeing the body of Christ for the first time. Imagine what your reaction would be then as you listen, think of how Mozart evokes that in you!. Mozart’s opening words are `hail, hail true body. . .’ As with any great classical work, the singer and you, the audience, can relive the experience of that actual moment in history and therefore experience true immortality.

We are now in a moment of history, where we need to evoke that quality of empathy and immortality in ourselves in order to take all of mankind into our hearts and souls. As we referenced at the beginning, we invite you to join the chorus of voices that are calling for an end to these wars, sanctions, and starvation, particularly in Yemen and Syria. You can find Mrs. LaRouche’s urgent call in today’s program and I invite you to join us. Thank you, and now you will hear Mozart’s Ave Verum Corpus.

Note the concert can be viewed at this link.