Mexico’s Amb. to UN Denounces World’s “Indifference” to the “Specter of Hunger” Haunting the Planet 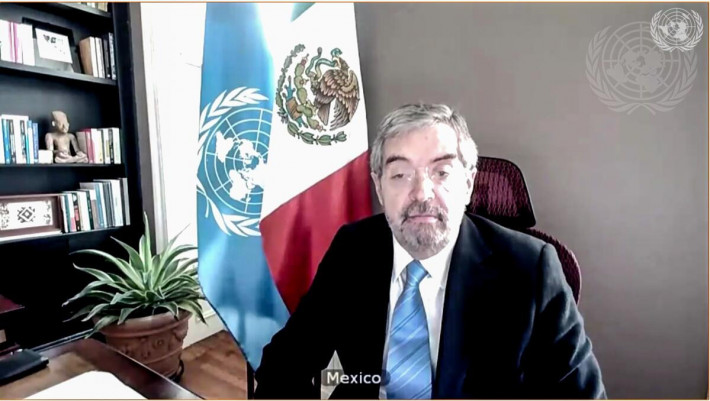 Mexico’s Amb. to UN Denounces World’s “Indifference” to the “Specter of Hunger” Haunting the Planet

April 20, 2021 (EIRNS) – Juan Ramón de la Fuente, Mexico’s Ambassador to the United Nations, published an op-ed in the April 19 edition of El Universal under the headline “The Specter of Hunger Haunts the Planet,” in which he denounces the “indifference” of most people to this gravest of problems, which he suggests should be considered a crime against humanity.

Blaming the rise of hunger on wars, the pandemic, and climate change, De la Fuente cites the president of the World Food Program, David Beasley, to the effect that “if you don’t feed people, you will be feeding conflicts.” He notes that the “specter of hunger is again haunting the planet in at least 30 countries,” and adds: “It is obvious that far greater resources are needed than are available, but so long as we don’t admit that hunger is the main motive for the disorderly and irregular migration which occurs in our region, from south to north, I greatly fear that the containment measures that may be adopted will continue to be insufficient…”

De la Fuente adds: “I don’t know what is more alarming: the magnitude of the suffering which hunger causes in the world today, or the indifference with which those of us who don’t go hungry react to it… [Hunger] is something that is happening in real time in many places. If deliberately denying people access to food constitutes a crime against humanity, the simple idea of children dying of hunger anywhere should, at the least, weigh heavily on our conscience. The numbers available in the reports I have mentioned lead me to conclude that no, we are not dealing with a specter. We are dealing with an implacable reality.”