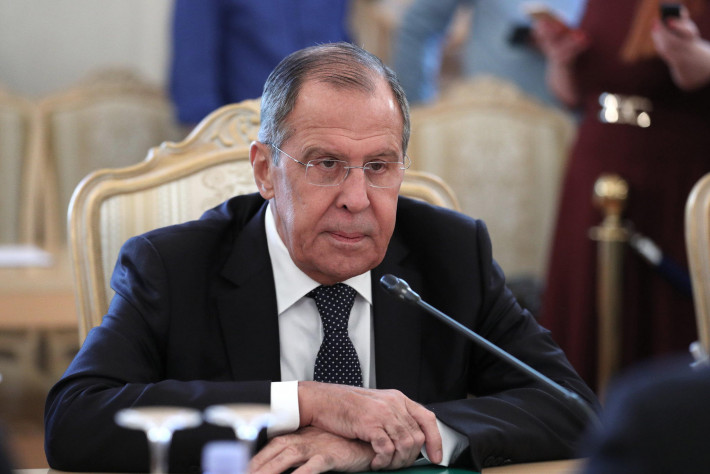 Russia’s Foreign Minister Sergei Lavrov announced on Friday that ten US diplomats are being declared {persona non grata} and ordered out of Russia, as part of what he labeled a “tit-for-tat response” to President Biden’s actions on Thursday. He also matched the US by barring eight Americans from entering Russia: FBI Director Christopher Wray, Secretary of Homeland Security Alejandro Nicholas Mayorkas, Attorney General Merrick Garland, Domestic Policy Advisor Susan Rice, Director of National Intelligence Avril Haines, Director of Federal Bureau of Prisons Michael Carvajal, former National Security Advisor John Bolton, and former CIA Director James Woolsey. He indicated that further actions, if provoked, would include imposing “painful measures” on US businesses in Russia and expelling 100 of the 450 staff at the American embassy in Russia, to match the 350 Russians at their embassy in the US.

President Vladimir Putin, according to the Kremlin spokesperson Dmitri Peskov, met with his Security Council today: “There was a conversation about measures in response to the US sanctions imposed on our country the day before.” Also, military construction was high on the agenda, and Putin informed the Council of his call with Biden.

Earlier, on Thursday, Foreign Affairs spokeswoman Maria Zakharova had made it clear that a response to Biden’s actions was “unavoidable” and that the American ambassador, John Sullivan, was summoned for “tough talks.” Also on Thursday, the State Duma’s Speaker, Vyacheslav Volodin described Biden’s measures as showing that the “whole arsenal of accusations has been exhausted, and the US is going in a circle… by imposing sanctions, they punish themselves. In the end, they will have to build relationships that they themselves have destroyed.” The First Deputy Chairman of the State Duma Committee on Foreign Affairs, Dmitry Novikov, told Izvestia that there was nothing surprising: “They say that they are ready to meet and contact, but only on topics that interest them, and in all other respects they will continue pressure. They call this a pragmatic approach.” Izvestia interviewed the president of the American University in Moscow, Eduard Lozansky, who suggested that, while the inconsistency of Biden’s actions this week casts doubt upon his sincerity, it could also be that advisers and party members have the bulk of control over Biden, making him twist and turn.

Tass’s coverage on Friday noted that Deputy Foreign Minister Alexander Pankin had noted weeks ago, that the US was planning on attacking Russian bonds, “a deliberate calculation to create a toxic atmosphere around Russian securities in order to reduce their investment potential”—and that Russia was preparing measures to counteract this escalation.