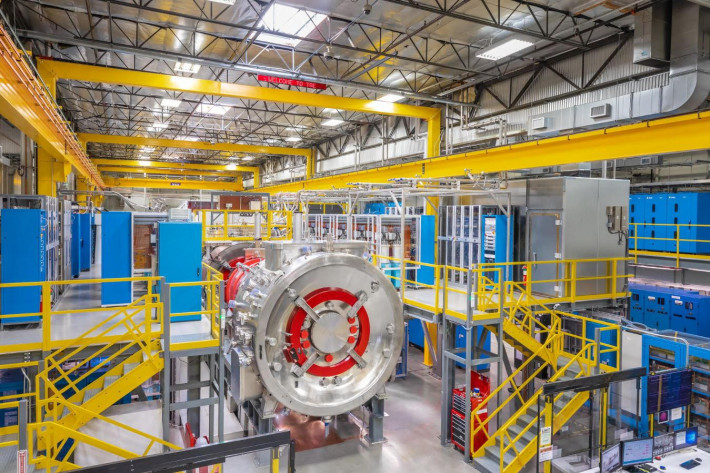 April 12 (EIRNS) – Many privately-funded fusion power experimenters are making noted progress in the absence of much government support to U.S. fusion R&D; one of them said in an April 8 release that it had been able to produce stable plasma at temperatures over 50 million degrees. As techcrunch.com reported, the company “sees commercialization by 2030” as a result. This is an experimental reversed-field fusion device operated by Tri-Alpha Energy, also called TAE Technologies.
Leaving the commercialization claim aside, this report is of something highly unusual in the history of fusion research: A superhot plasma which becomes more stable, easier to confine, at higher energies and temperatures. To quote from techcrunch.com: “`This is an incredibly rewarding milestone and an apt tribute to the vision of my late mentor, Norman Rostoker,’ said TAE’s current chief executive officer, Michl Binderbauer, in a statement announcing the company’s achievement. `Norman and I wrote a paper in the 1990s theorizing that a certain plasma dominated by highly energetic particles [perhaps a hydrogen-boron plasma—ed.] should become increasingly better confined and stable as temperatures increase. We have now been able to demonstrate this plasma behavior with overwhelming evidence. It is a powerful validation of our work over the last three decades, and a very critical milestone for TAE that proves the laws of physics are on our side.”
“Self-stabilizing plasmas” were goals that the Fusion Energy Foundation, during the 1970s and 1980s, consistently described and urged fusion researchers to be striving for. {The article is linked here.}