Schiller Institute participates in Symposium with Egyptian Consulate in Houston 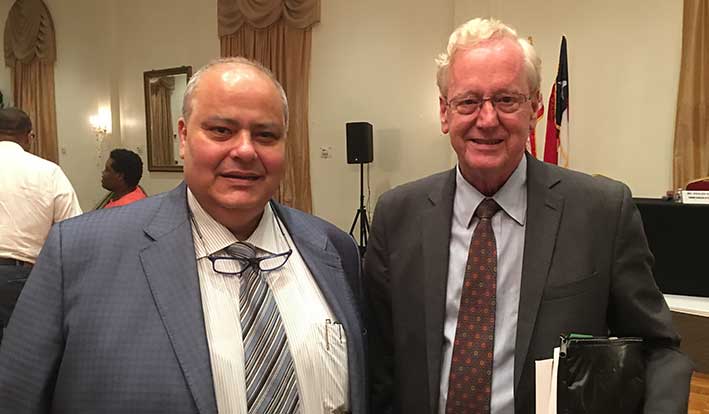 Schiller Institute participates in Symposium with Egyptian Consulate in Houston

On Thursday evening, June 27, 2019, the Egyptian Consulate of Houston sponsored a symposium at the Arab American Cultural & Community Center in Houston, Texas. The Egyptian Consulate requested that the Schiller Institute co-sponsor the event with them. The theme of the Symposium was “Egypt after the Revolution.” The guests in attendance for the event included Consulates from several countries, including Mexico, Greece, and Russia. There were several friends and guest of the Schiller Institute, and representatives from the World Affairs Council, the Arab community in Houston, the Caribbean American Chamber, and a number of people representing the Houston’s energy sector. 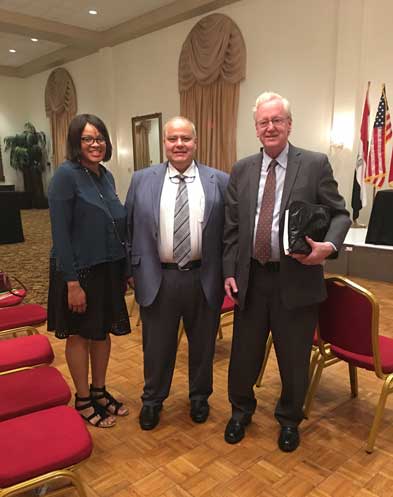 Following an introduction, Consul General Rizk spoke and gave prepared remarks which reviewed the efforts of Egypt’s government, led by President El-Sisi to stabilize and rapidly grow Egypt’s economy after the “second revolution.” Consul General Rizk reviewed the ensuing rapid pace of developments since 2013, including future projects now underway, which include the new administrative capital, the industrial zones along the Suez.  He also highlighted the new offshore natural gas discoveries and prospects for natural gas exports.

Brian Lantz took up the role of Egypt as a key leader in the development of the New Silk Road into West Asia and Africa—the emerging new center of world economic development. The Schiller Institute’s reports were featured.  In the spirit of Egypt’s earlier role in Bandung Conference and the creation of the Non-Aligned Movement, Egypt is once again playing a leading role in south-south relations and world affairs, Lantz said. Lantz also pointed out the importance of Egypt’s diplomatic efforts, working among all the countries in West Asia and North Africa in particular, for peace and economic development.  Lantz cited some of Egypt’s initiatives in Africa, and El-Sisi’s role as the new chairman of the African Union. The African Union is deeply involved in cooperation with the Belt and Road and promoting African integration.  Now getting the economics right was stressed by Brian, with an outline of Lyndon LaRouche’s principles of physical economy.  Africa’s emerging renaissance was thereby highlighted, with its population potential and such mega projects as Grand Inga and Transaqua.

Prior to the presentations there was a reception where people were given the opportunity to talk informally. Likewise, there was a great deal of lively discussion following the presentations.  There was recognition and great respect for Lyn expressed by a number of people. A leader of the Arabic community told Brian he had been reading LaRouche’s material for years, exclaiming, “He is a genius. ”  Another person, an Indian-American engineer, was very happy to hear of our work in support of the BRI and also volunteered his respect for LaRouche over the years. An Hispanic business women who saw our Silk Road report was so excited: she participated in an art contest as a student, and won first prize for a drawing of the original photograph of the Silk Road and camels, pictured on our original report. 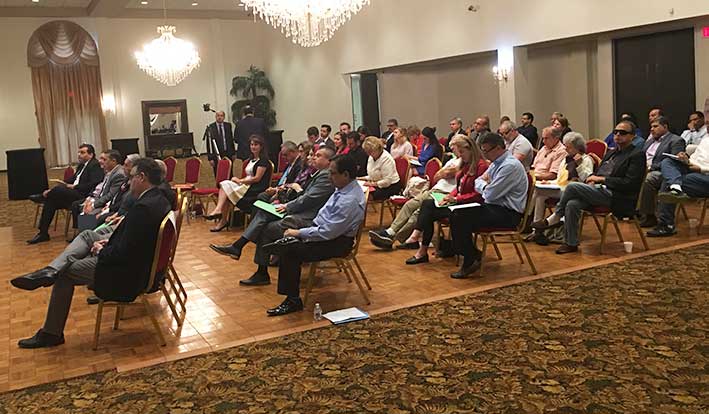 The Schiller Institute participation in the event was very important and timely given the rapid pace of developments around the BRI and the growing recognition of Lyndon and Helga’s role in bringing about this beautiful new paradigm, as we have seen also with the recent events in San Francisco.  The Schiller Institute was also an invited speaker at a Chinese consular event in Houston last week, for an audience high school students, with teachers, some media, and consular officials attending.