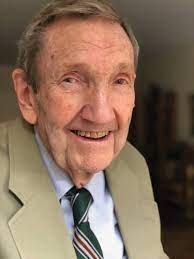 The Schiller Institute would like to extend our condolences to the family, friends snd associates of former United States Attorney General Ramsey Clark, who passed away at the age of 93 on Friday, April 9. Clark stood for the true Constitution of the real United States, and was consistently opposed to the hijacking of the American legal system for the purpose of justifying war crimes—often committed in the Constitution’s name. He was, moreover, a voice for reason that, contrary to many others of his, and later generations, became clearer and stronger as the decades passed.

Clark, who never missed an occasion in the last years of his life to appear at Schiller Institute events when called upon to do so, was, like LaRouche, an independent man of principle, a true citizen of “the republic of the Mind.” So long as he was alive, the justice that citizens should expect to enjoy from the American Constitutional and legal system was personified. Clark understood the true depth of injustice that LaRouche and his associates had suffered, and he also appreciated that “the book people,” as he referred to LaRouche’s International Caucus of Labor Committees, possessed an unshakeable commitment to truth.

One source recalled in recent days that Clark caused those who were severely critical of LaRouche, particularly on the left, to investigate who LaRouche really was. His assessment was said to be that the ICLC, Schiller Institute and affiliate organizations were the best organized group against the establishment, and that, if LaRouche and his co-thinkers and organizations were to disintegrate or be destroyed, the United States would turn to fascism.

It was to prevent precisely such an occurrence that Clark sent a letter to Attorney General Janet Reno in 1995, which began as follows:

I have been an attorney in this case since shortly after the defendants were sentenced in January 1990 and appeared as co- counsel on appeal and on the subsequent motions and appeals in proceedings under 28 U.S. C. sec. 2255 and F.R. Cr.P. Rule 33. I bring this matter to you directly, because I believe it involves a broader range of deliberate and systematic misconduct and abuse of power over a longer period of time in an effort to destroy a political movement and leader, than any other federal prosecution in my time or to my knowledge. Three courts have now condemned the Department’s conduct in this prosecutorial campaign. The result has been a tragic miscarriage of justice which at this time can only be corrected by an objective review and courageous action by the Department of Justice.

Clark’s depth of character, and deeper understanding of the problem of the post-war American outlook, was referenced by him in this statement, recorded in a documentary about him called Citizen Clark:

“There are sayings around the Kennedy Center, carved above the marble above the colonnades when you walk in. And on the backside toward the Potomac, there’s one; it’s a quote from President Kennedy that says: ‘I look forward to the day when America is no longer afraid of grace and beauty.’ And I thought immediately when he was shot, that that’s why he was shot. We are afraid of grace and beauty.”