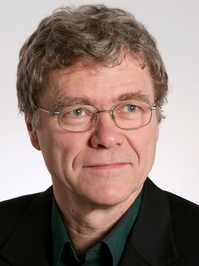 November 15, 2022by David Dobrodt in General

Jens Jørgen Nielsen has just been fired as a teacher at the adult night school Folkeuniversitet (People’s University) in Copenhagen, explicitly for political reasons. Jens Jørgen Nielsen spoke at the Danish/Swedish Schiller Institute conference about a new security and development architecture on May 25, and was afterwards placed on the Ukraine National Security and Defense Council’s Center for Countering Disinformation hit list.

Recently, three other teachers of the university quit, because they refused to teach if Nielsen continued, which the media covered. In its coverage, the Christian Daily reported that Jens Jørgen Nielsen had been placed on the Ukrainian government blacklist, charging its victims with being pro-Russian infoterrorists.

Then, three days ago, the school’s new board of directors decided to not renew Nielsen’s contract next year, because some people have criticized him for “politicizing the teaching in favor of the Russian understanding of the war in Ukraine.” He is currently teaching a course about the history of Crimea, which he will be allowed to finish, but next year’s courses about “Russian Conservatism” and “History of Ukraine” have been canceled.

Neither the board of directors, nor any of his academic critics has ever attended any of his classes, and the board did not even speak to him, nor to any of his students, about the matter before firing him. The board just listened to some of his critics, and read one of his debate books Ukraine in the Field of Tension. The board criticized him, for example, for writing in his book that Crimea was not “annexed” by Russia, which would have required a military attack, but that Crimean citizens voted en masse to rejoin Russia.

In a radio interview after the firing, Jens Jørgen Nielsen stressed that he keeps his personal political opinions, which he expresses publicly in the Danish and international media, out of the classroom, and only presents different viewpoints about the historical subjects in his teaching, for the students to consider. Student evaluations during the eight years he has been teaching have been mostly positive, and no one criticized him for politicization.

Jens Jørgen Nielsen has said that he has not politicized in favor of Russia’s military operation in Ukraine in his class. Even in the media he has not legitimized Russia’s actions, saying that it was a mistake, but he has said that it is important to find out how we got here, and, secondly, how we can reach a peaceful solution. Should that not be allowed? he asks. He says that he wrote the book about Ukraine because of one-sided media coverage.

One of the teachers who quit attacked him on the radio program for being interviewed on Russian state TV, but the teacher knew nothing about the content of the interview.

Jens Jørgen Nielsen concludes that the Folkeuniversitet has chosen the easy, but also unprincipled solution to the pressure on them caused by the furor which arose when the other teachers quit. It is unknown what role Jens Jørgen Nielsen’s appearance on the Ukraine hit list played, as it was widely reported on in the press.