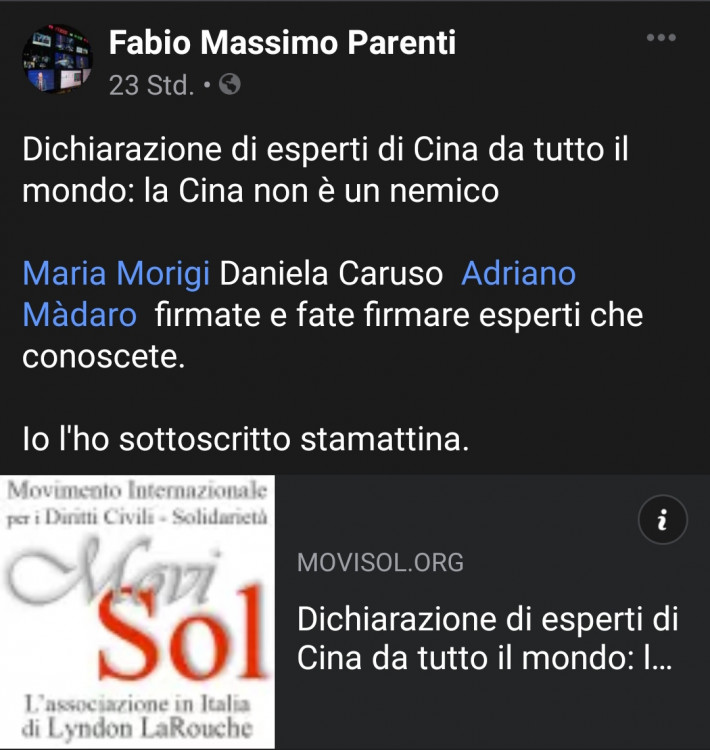 On Friday morning, at least six Sinologists and China experts added their names on the website of the LaRouche movement in Italy, Movisol, to the Schiller Institute statement on China. They had been were mobilized by Fabio Massimo Parenti, associate professor at the China Foreign Affairs University, Beijing. Professor Parenti was contacted by journalists of the “Report” political magazine (connected to the Rai Tre national television channel) who had asked him about the statement. Parenti, who had had dealings with Movisol in the past, contacted Liliana Gorini, the chair of Movisol; to sign the statement; and then to post it on his Facebook page. His group is now considering to write a similar statement, to be sent to Italy’s President, Sergio Mattarella.