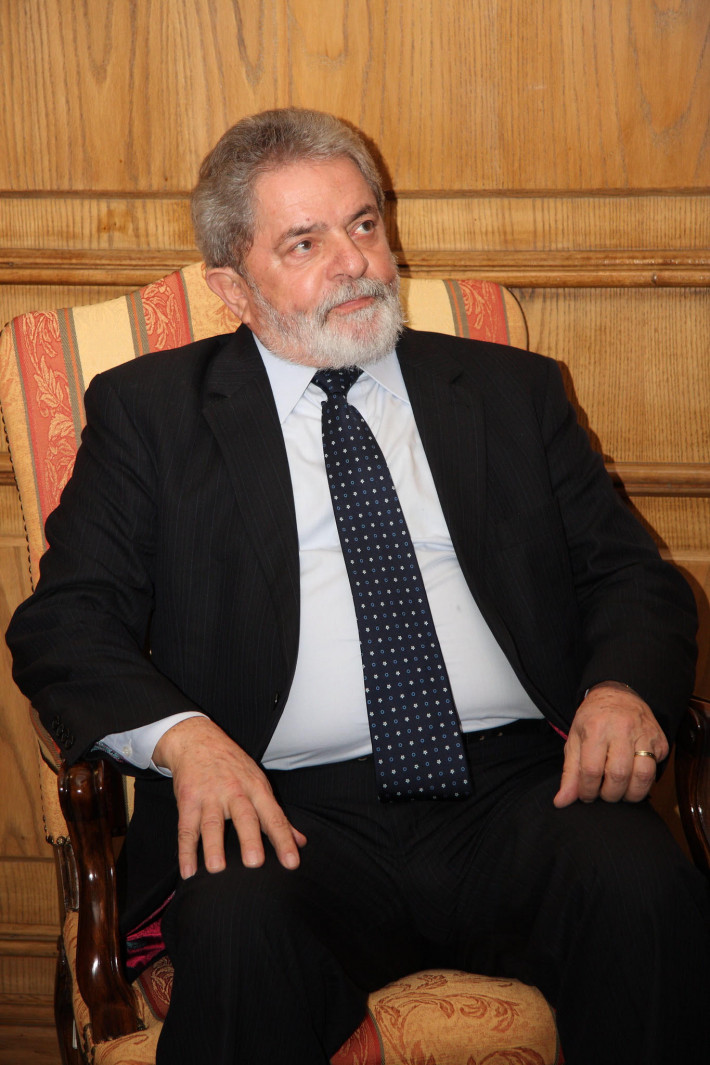 March 11, 2021 (EIRNS) – Brazilian former President Lula de Silva yesterday delivered his first public speech since his phony conviction for graft was overturned by the Brazilian Supreme Court earlier this week, and he used the occasion to rip into President Jair Bolsonaro as an “imbecile” for his handling of the COVID pandemic. “Many of these deaths could have been avoided,” Lula stated, referring to Brazil’s stunning 268,000 deaths. Brazil has the second- highest number of COVID deaths in the world, after the United States.

Speaking to a rally of metalworkers in Sao Bernardo do Campo, his historic base, Lula charged, “This country is disorganized and falling apart, because it has no government,” and he demanded “Health, jobs and justice for Brazil… The people need jobs.” Lula may run for President against Bolsonaro in the October 2022 elections, although some voices have surfaced in the country calling for Bolsonaro to be driven out of office immediately, if the country is to survive.

Bolsonaro’s outrageous disregard for human life and dismissive attitude about any and all anti-pandemic measures (“stop whining” about the pandemic, he told Brazilians a few days ago), has converted Brazil into a threat to the health of the entire planet. According to Fiocruz, a respected biological sciences R&D center in Rio de Janeiro, the new P1 strain of the coronavirus that has emerged in Brazil, which is thought to be twice as contagious as the original strain, may also evade immunity built up by having had the original version of COVID, with a chance of reinfection estimated at between 25% and 60%. Furthermore, P1 is just one of several “variants of concern” that have become dominant in six of eight states studied by Fiocruz.

“This information is an atomic bomb,” said Roberto Kraenkel, of the Covid-19 Brazil Observatory, according to the Washington Post.

Fiocruz also reports that 15 state capitals have intensive care units (ICUs) that are at more than 90% capacity, including the two largest states, Rio de Janeiro and São Paulo. The national capital, Brasilia, is also reported to be at full ICU capacity, while two major cities — Porto Alegre in the south and Campo Grande in the southwest — have exceeded capacity. There is an imminent danger of the “overload and even collapse of health systems,” the R&D center warned.

BBC reported: “Scientists are concerned that Brazil has almost become a natural laboratory, where people can see what happens when coronavirus goes relatively unchecked… Global experts are calling for a plan — including rapid vaccination, lockdowns, and strict social distancing measures — to get the situation under control.” Brazilian epidemiologist Dr. Pedro Hallal told the BBC: “If we do not start vaccinating the population here very soon, it will become a massive tragedy.”

Brazil, with a population of 211 million, is by far the largest country in South America, and shares borders with 10 different nations: every country of South America with the exception of Chile and Ecuador. It has also has extensive historic ties and travel with Africa. And its population was one of the most ravaged by AIDS in decades past, opening up dangerous potentials in terms of its relationship to the coronavirus.