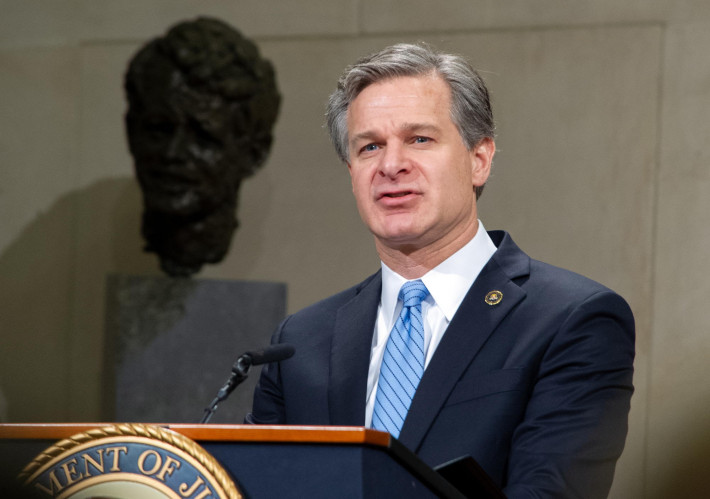 March 6 (EIRNS)–Hundreds of America’s leading scientists, including six Nobel Prize recipients in chemistry, physics and medicine, have issued two powerful denunciations of the FBI’s criminal prosecution of hundreds of Chinese scientists in the United States, including American citizens of Chinese dissent, as well as Americans who have collaborated with Chinese institutions for the advancement of human knowledge. These attacks, directed by FBI Director Christopher Wray, in collaboration with the psychotic attacks on China from President Trump’s Secretary of State Mike Pompeo, were exposed in the EIR Special Report of Nov. 22, 2019, Stop the McCarthyite With-hunt Against China and President Trump. Now, professors from leading US universities have issued two public letters defending targets of this atrocity — one from Harvard, one from MIT — spelling out clearly that the charges are false, are politically motivated, and go far beyond the persecution of these scientists and educators, but are in fact direct attacks on science itself, and on America’s leadership in international scientific research.

The FBI targets in question are Professor Charles Lieber, Chairman of the Harvard chemistry department and a world leader in nanotechnology research, and Professor Gang Chen, the Chairman of the MIT mechanical engineering department, also a leader in nanotechnology. Lieber, described by the 42 signers of the March 1 letter as “one of the great scientists of his generation,” was arrested in January 2020 for infractions regarding his federal reporting of his participation in China’s “Thousand Talents” program, which aims to recruit scientists from around the world to work in China or in cooperation with Chinese scientific research centers. There were no secrets involved, only technical infractions normally simply corrected, but now criminalized, through a “tragically misguided government campaign,” which “reflects a fundamental misunderstanding of modern science,” Lieber’s defenders write. This campaign, they add, “is threatening not only the United States position as a world leader in academic research, but science itself.” While Lieber is the “most notable” scientist targeted by the FBI, they add, “these prosecutions are rampant.”  see https://beta.documentcloud.org/documents/20493785-read-the-full-letter-from-harvard-scientists-calling-to-save-professor-charles-lieber-and-scientific-collaboration

Over 170 members of the MIT faculty signed a similar letter defending Prof. Gang Chen, arrested on Jan. 14 of this year. He faces similarly false charges which could sentence him to 30 years in prison and a huge fine. “We are troubled that the complaints against Professor Chen vilifies what would be considered normal academic and research activities, including promoting MIT’s global mission,” the letter reads. It adds: “Because America’s competitiveness depends so heavily on scientific and technological talent from abroad, its national security is harmed by the message that the US government will question the loyalty of foreign scientists.”