Interview: Biden Bombing — Will Iraqi Youth Be Militiamen or Engineers? 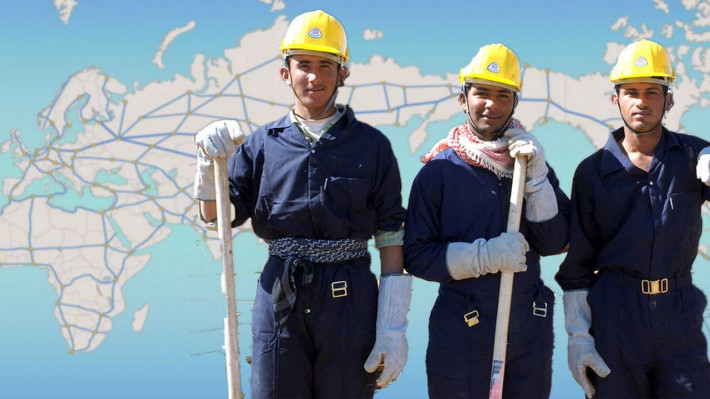 Interview: Biden Bombing — Will Iraqi Youth Be Militiamen or Engineers?

March 1, 2021by David Dobrodt in Our conferences

What does Biden’s Feb. 25 bombing, supposedly in self-defense, of targets inside Syria mean for the region and the world? Iraqi-Swedish political activist Hussein Askary, the Southwest Asia coordinator for the Schiller Institute, explains the bombing in the context of the potential for the Belt and Road Initiative to transform Southwest Asia, and his own efforts to create a citizen’s movement capable of understanding and demanding the economic policies that will give them a bright future.

In 2019, Iraqi Prime Minister Adel Abdel-Mahdi visited China with a large delegation and worked out arrangements whereby a small portion of Iraq’s oil exports could be used to secure credit from China for productive investments in such projects as ports and other major infrastructure, so desperately needed to create a full, growing economy. But the outbreak of a “color revolution” in Iraq upon Abdel-Mahdi’s return and the January 2020 murder of Iranian Gen. Qassem Soleimani and Iraqi military leader Abu Mahdi Al-Muhandis brought in a new government and ended, temporarily, the potential for the Iraq-China agreement.

But Askary had been setting the groundwork for a popular mobilization. In November 2019 he launched the Arabic LaRouche School of Physical Economics. He helped grow an Iraqi Facebook group devoted to infrastructure from 30,000 to 280,000 members, before it was deleted by Facebook in November 2020. He has continued to organize through numerous online communities, government contacts, and through the Iraqi media, and has helped to catalyze popular demonstrations in support of the Iraq-China agreement. “Will Iraqi youth be militiamen or engineers?” Askary provocatively asks.