Conference—Afghanistan: A Turning Point in History After the Failed Regime-Change Era 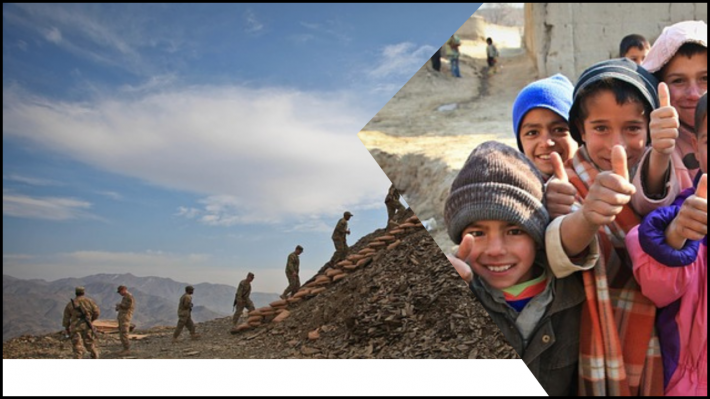 Conference—Afghanistan: A Turning Point in History After the Failed Regime-Change Era

Afghanistan: A Turning Point in History
After the Failed Regime-Change Era

Helga Zepp-LaRouche (Germany), Founder and President of The Schiller Institute
Keynote Address: “Afghanistan: The Bright Future for the Coming Cooperation of the Great Powers”

Dr. Wang Jin (China), Fellow with The Charhar Institute
“Afghanistan and the Belt and Road Initiative”

“The Perspective from Pakistan: The Role of the Belt and Road Initiative (BRI) for Afghanistan Reconstruction.”

Hussein Askary (Sweden/Iraq), Southwest Asia Coordinator for the Schiller Institute
“Put Afghanistan on the Belt and Road to Peace!”

We welcome questions during the conference. Please send them to questions@schillerinstitute.org

PDF of the invitation

“After the hasty withdrawal of U.S. and NATO troops from Afghanistan—U.S. troops, except for a few security forces, were flown out in the dark of night without informing Afghan allies—this country has become, for the moment but likely not for long, the theater of world history.”
—Helga Zepp-LaRouche, July 10, 2021

We face an extraordinary moment, of further descent into chaos, or the beautiful potential of Afghanistan becoming the seed-crystal of a new era of international cooperation so desperately needed in the wake of growing disease and famine worldwide.

Afghanistan was once a hub for the ancient Silk Road, the connection between the great cultures of Asia and those of the European side of the Eurasian continent. The entire Central Asian region was once known as “a land of 1,000 cities”, showcasing advanced technologies in oasis cities, including Merv, Balkh, Kabul, and Kandahar, with large-scale underground irrigation systems. Water development will once again be crucial, and the agricultural potential is great.
In the past weeks, most of Afghanistan’s neighbors have come together, in an attempt to forge a commitment to end the nightmare suffered by the people of Afghanistan, a nightmare also suffered by the military forces of many nations drawn into needless combat in the service of a British-centered oligarchy fostering the growth of drug trafficking and terrorism in the entire region.

Just as the collapse of the Soviet Union marked the end of an era—the division of the world into nuclear armed blocs hostile to one another—so also the utter failure of the 20-year misadventure of the United States and NATO in Afghanistan, and in the other failed colonial wars in Southwest Asia, poses the question: Can the great nations of the world cooperate in the transformation of Afghanistan, and the other war-torn nations, into modern economies, participating in co-operative development through the New Silk Road process, exemplified by China’s Belt and Road Initiative?

Leading voices, from veterans’ groups and whistleblowers, to experts on the danger of global narcotics plague and on international political relations, will join Helga Zepp-LaRouche in dialogue, to impel the United States and Europe to join the growing international cooperation that is coming together. We can use this opportunity to make the turn from 50 years of failed policies, and instead to embark on the path required to achieve a new paradigm for mankind.