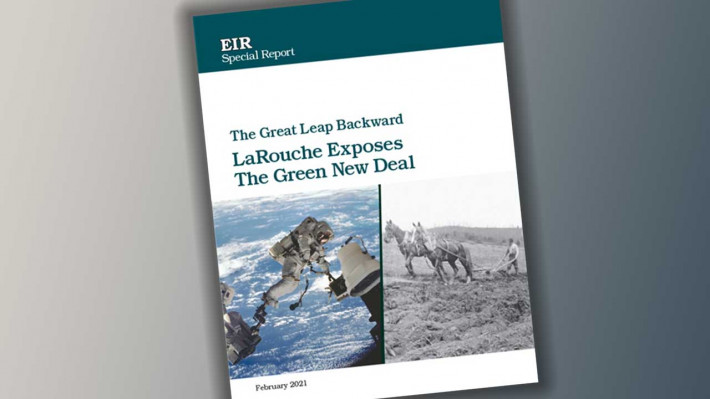 In the aftermath of the Texas Deep Freeze, which was caused by a combination of environmentalist insanity, and neoliberal deregulation, the Biden administration is doubling down, with a call for an international summit on “Earth Day”, to “fight climate change.” The issue of “climate change” is based on a fraudulent narrative, to impose drastic population reduction worldwide through reviving the British Empire’s Malthusian dogma, which was designed in the 18th century to defend the looting which sustained the empire.

Fear of “overpopulation” of the earth led to the first Earth Day in 1970, which was an attempt to harness the energy of youth engaged in the anti-war movement, to target industrial society. It became the basis of law, with the adoption in 1975 of Kissinger’s NSSM 200, which claimed that overpopulation threatened U.S. control over raw materials. It is at the heart today of the Great Reset and the Green New Deal, which would impose a global banker’s dictatorship, to protect a bankrupt financial system.