NASA Rover Heading Towards a Challenging Landing on Mars 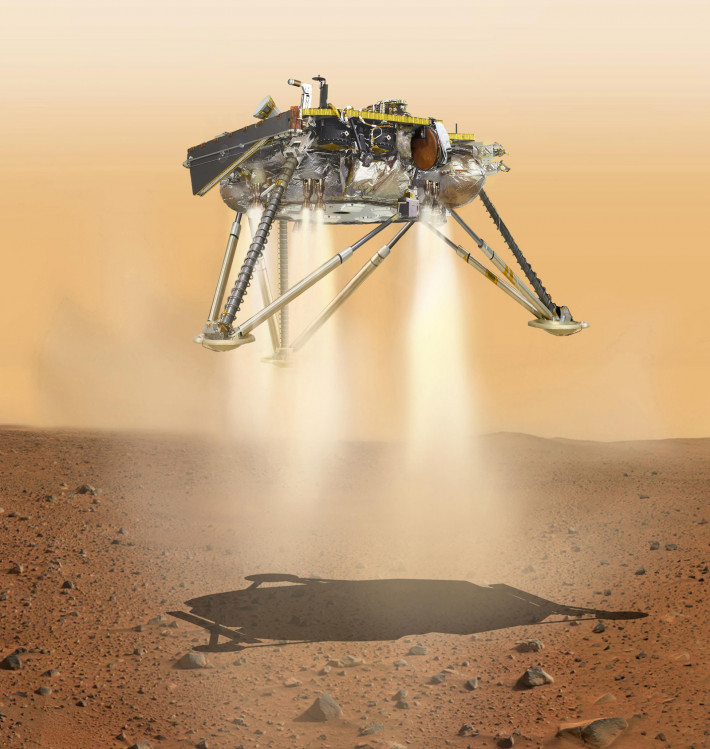 NASA Rover Heading Towards a Challenging Landing on Mars

On Feb. 18, NASA’s Mars Perseverance Rover, the largest rover ever sent to Mars, will land on the red planet to begin a new science mission that seeks to not only deepen human understanding of Martian geology and answer questions about whether or not life ever existed on Mars, but also act as a trailblazer for future missions to Mars. But before the science mission can begin, Perseverance has to get through the most difficult landing maneuver that the space agency has ever attempted.

The landing sequence will begin with a fiery entry into the planet’s atmosphere, then a parachute descent down towards its landing spot in the Jezero Crater. At about 2-3 miles above the Martian surface, the “sky crane” carrying the rover will separate from the parachute and make a powered descent to the surface. Once the rover touches down, the sky crane will separate and fly off. “I don’t think I’m exaggerating when I say that entry, descent and landing (EDL) is the most critical and most dangerous part of the mission,” Allen Chen, the EDL lead, said on Jan. 27 during a NASA JPL press conference. “Success is never assured, and that’s especially true when we’re trying to land the biggest, heaviest and most complicated rover we’ve ever built to the most dangerous site we’ve ever attempted to land on.” A spectacular animation video of the landing sequence can be seen in this video.

Jezero Crater was chosen as the landing site because it is thought to have once been the home of a river delta and lake filled with water. “Perseverance’s sophisticated science instruments will not only help in the hunt for fossilized microbial life, but also expand our knowledge of Martian geology and its past, present, and future,” said Ken Farley, project scientist for Mars 2020, from Caltech in Pasadena, California. “Our science team has been busy planning how best to work with what we anticipate will be a firehose of cutting-edge data. That’s the kind of ‘problem’ we are looking forward to.”

In addition to science instruments intended to explore the Martian surface, the mission also carries technologies more focused on future Mars exploration, reports a NASA press release. MOXIE (Mars Oxygen In-Situ Resource Utilization Experiment), a car-battery-size device in the rover’s chassis, is designed to demonstrate that converting Martian carbon dioxide into oxygen is possible. Future applications of the technology could produce the vast quantities of oxygen that would be needed as a component of the rocket fuel and for breathing for astronauts.

The Perseverance mission, the NASA release notes, is part of a larger program that includes missions to the Moon as a way to prepare for human exploration of the Red Planet. Charged with returning astronauts to the Moon by 2024, NASA will establish a sustained human presence on and around the Moon by 2028 through NASA’s Artemis lunar exploration plans.