President Bukele to Nuland: “Thanks, but We Have Our Own List” 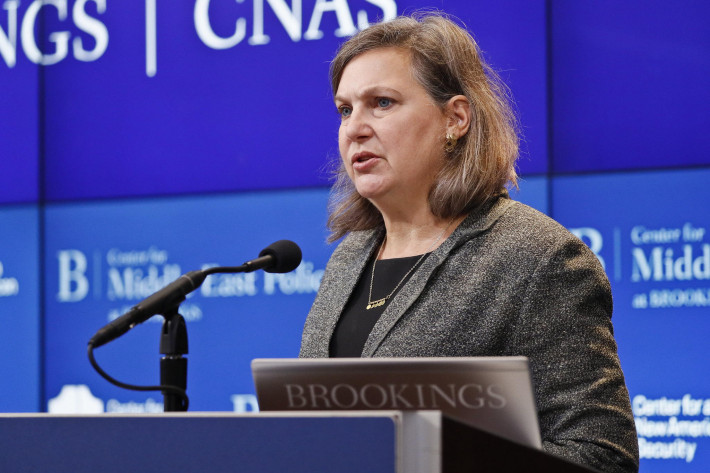 President Bukele to Nuland: “Thanks, but We Have Our Own List”

It took just two days for El Salvador’s President Nayib Bukele to deliver his public response to the imperious orders he had been delivered by Biden’s Under Secretary of State for Political Affairs, notorious neo-Nazi supporter Victoria Nuland. Nuland threatened that all Salvadorans identified as “corrupt” and “anti-democratic” on the State Department’s “Engel’s List,” must be investigated and prosecuted—or else. The list of those names, released as Nuland was meeting with Bukele in San Salvador, was egregiously weighted towards allies of the Bukele government, including naming four top officials in his government. Note that Nuland’s other theme was to lecture Bukele against accepting “malign influences” from the Peoples’ Republic of China.

“Thanks for the list, but in El Salvador we have our own,” Bukele tweeted yesterday.

And then: the Prosecutor General, with the authorization of the relevant court, ordered National Civilian Police units to search and seize the headquarters of the ARENA party, the rightwing party founded by death squad commander Roberto d’Aubisson, the man accused of planning the assassination at the altar of the now-sainted Bishop Oscar Romero during a mass in the national cathedral in 1980. The grounds for the action was the long-known but never prosecuted “Taiwan Case,” in which the ARENA government in 2003 channeled at least $10 million donated by Taiwan in the name of helping victims of an earthquake into the party’s 2004 presidential election campaign and the pockets of several top party leaders. The “Taiwan case” was so egregious that some ARENA party officials admitted to it after it became public in 2013-2014. (El Salvador’s diplomatic ties with Taiwan were only cut the year before Bukele took office in 2019.)

Bukele’s government recovered $3.9 million in assets from ARENA: two buildings, 17 vehicles and $2.9 million in public electoral funds the ARENA party had received in February this year for the legislative elections. Bukele reports that the money will be used to remodel 15 schools, and one of the seized buildings will be converted into a gym.

As for the life-size bronze statue of Roberto d’Aubuisson found inside ARENA’s headquarters: Bukele proposed to melt it down, and use the metal to make sewer manhole covers. “Sublime…” he tweeted!