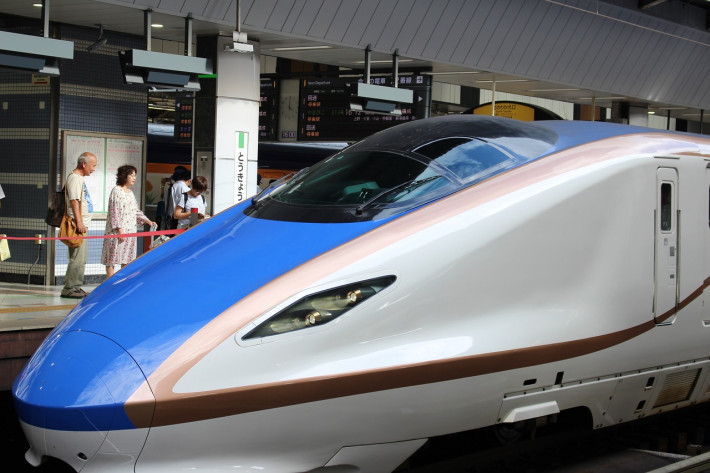 Researchers at China’s Southwest Jiaotong University in Chengdu have presented a prototype for a maglev train, using  high-temperature superconducting (HTS) magnets, which they say could be made commercially available in six years. The researchers revealed their prototype at a test track in Chengdu on January 13th. The train is designed to travel at up to 620km/h (385mph) but researchers said they were working to stretch that speed to 800km/h (497mph). The Japanese are also working on a new generation of maglev using superconducting technology. The Japanese, however, are using liquid helium to achieve a low temperature for their maglev, while the Chinese will use liquid nitrogen, which is a much cheaper coolant. Involving an investment of 60 million yuan (9.3 million U.S. dollars), the HTS maglev project was jointly developed by Southwest Jiaotong University, China Railway Group Limited and CRRC Corporation Limited.

Compared with other maglev technologies, HTS tech is more suitable for the futuristic concept of superfast transportation in vacuum tubes, where trains could hit speeds of over 1,000 kph, according to experts. China is intent on using maglev technology for their inter-city travel. The present maglev prototypes which have been produced are scheduled for travel between Shenzhen and Guangdong or between Shanghai and Hangzhou, which would increase the time-of-travel in the new city-clusters that are being planned as a part of the new Five-Year Plan.