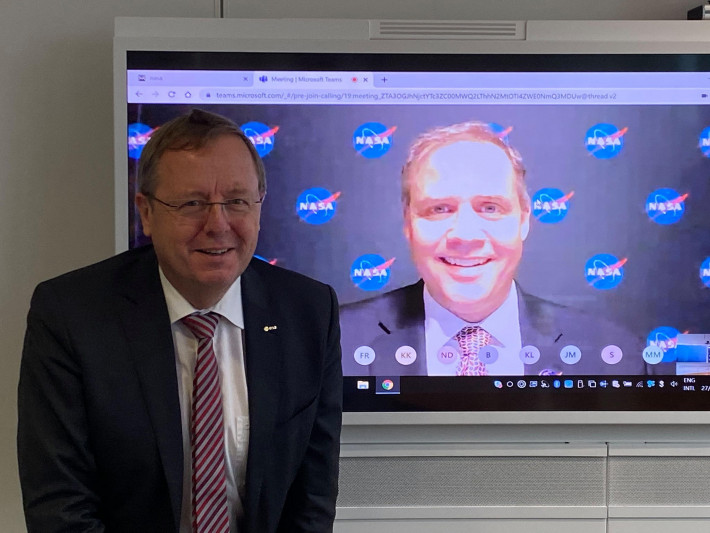 NASA and the European space agency signed an agreement committing their space agencies to building the Gateway together. A release from NASA.gov states, “The agreement signed Tuesday marks NASA’s first formal commitment to launch international crew members to the lunar vicinity as part of NASA’s Artemis Mission.” Under the agreement the European space agency will contribute habitation and refueling modules, along with enhanced lunar communications to the Gateway.

NASA’s Administrator Jim Bridenstine declared “This partnership leverages the outstanding cooperation established by the International Space Station as we push forward to the moon.” He continued, “Gateway will continue to expand NASA’s cooperation with international partners like ESA, ensuring the Artemis program results in the safe and sustainable exploration of the Moon after the initial human lunar landing and beyond.”

The European Space Agency’s contributions to the Gateway will consist of a refueling module, which will also include crew observation windows. The first two scientific investigations to fly aboard the Gateway were selected earlier this year. One will come from the ESA, known as, the European Radiation Sensors Array, (ERSA).  ERSA will monitor space radiation and will focus on astronaut protection. The other scientific investigation to fly aboard Gateway will come from NASA’s Goddard Space Flight Center called the Heliophysics Environmental and Radiation Measurement Experiment Suit, (HERMES), which will monitor low energies critical to scientific investigations of the sun. HERMES is also known for researching the dynamics of asteroid and planetary surfaces with no atmosphere.