Video: U.S. Policy Towards Syria: Will it be based on Western Supremacy or the values of a New Paradigm? 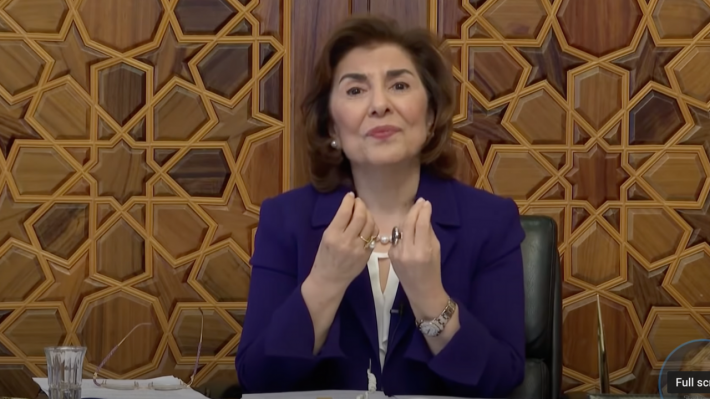 Video: U.S. Policy Towards Syria: Will it be based on Western Supremacy or the values of a New Paradigm?

Dr. Bouthaina Shaaban, Media and Political Advisor to the Syrian Presidency, gave a passionate presentation to the March 20-21 Schiller Institute international conference. She focused her remarks on painting a picture of the destruction of her country over the last 10 years by an American policy which is based on the ugly axioms of Western supremacy, the deployment of a Worldwide NATO and the obsession with “the rise of China.” She called for a New Paradigm of relations between nations which acknowledges that God created all of us—with different cultures and different histories—which must each and all be respected and allowed to freely develop, to enrich the world as a whole.

(Helga Zepp-LaRouche noted during the Q&A that Dr. Shaaban’s presentation to a Schiller Institute Conference in Germany in 2016 had been quite optimistic, in great contrast to the destruction of the nation that has taken place since then.)