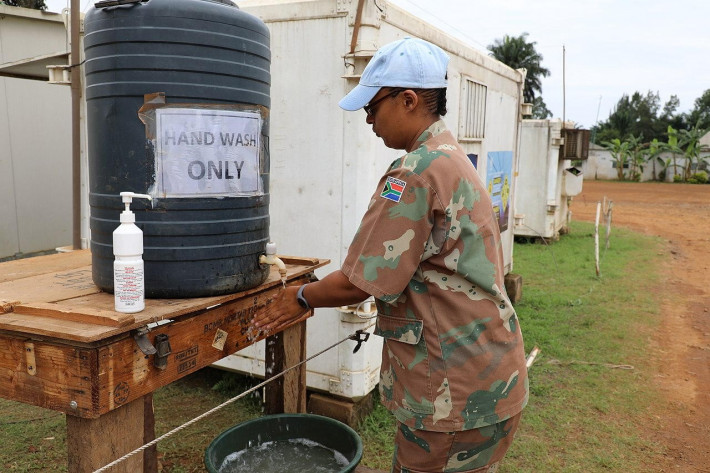 December 28, 2020by madeleine in General

A lengthy report in the New York Times underlines the absolutely disastrous situation facing Africa as it is hit with what is described as the “second wave” of the epidemic. During the last few months, it was generally reported that the epidemic was not as serious In Africa as what we have experienced in the U.S. and in Europe, although the dearth  of statistics and information coming from some parts of the continent may have caused a good deal of scepticism over these claims. And it’s very possible that many cases simply went undetected. But now the disaster is at hand – and readily apparent.

The report is authored by Sheri Fink, a NYT reporter who has written extensively on health and medicine and covered the Ebola crisis. In South Africa, the epidemic is spreading from Port Elizabeth to the entire country. Nigeria, Mali, and Uganda recorded their highest daily death count in the year. In South Africa, they admit that they really don’t know how many people have died from COVID. One government analysis shows that more than twice as many excess deaths simply could not be explained by the number of confirmed COVID cases. ““We don’t know what the real number is,” said Dr. John Black, the only infectious disease specialist for adults in Port Elizabeth.

The greatest number of COVID cases and deaths has been in South Africa, where the hospital system has been stretched beyond its limits. This includes cases which are suspected of being of the new mutated variety now found in Great Britain.

At the beginning of the epidemic early in the year, the African countries had instituted strong restrictive measures and lockdowns, but the measures proved to be so economically problematic that they began to ease up. South Africa brought in 200 physicians from Cuba, medical staff from Doctors Without Borders and scientists from the W.H.O. By late August, the numbers had dropped.

But the closed borders and canceled flights also prevented the rapid supply of equipment and outside experts to help in the fight. In Somalia, some areas were not reporting any cases at all. And investigations in areas controlled by the Shabab terrorist group, when they could be conducted, showed a rampant spread of the epidemic.

Even in hospitals in South Africa, which is probably the best equipped of all sub-Saharan African countries to deal with the crisis, the system has been swamped. And doctors have found it necessary to triage in the case of the limited ventilators and other equipment for the more serious cases, often prioritizing the younger candidates who are more likely to recover and live long lives rather than the elderly.

And the other dilemma that will  be faced as a vaccine is developed is getting it to Africans, and conducting mass vaccinations. Here also, the report notes there is “vaccine scepticism”  among many people as we also experience in the West. And many people still view COVID as a disease that Westerners get, and is not a threat to Africans. And the logistics of a mass vaccination on the African continent is absolutely daunting.  With the intense competition among countries to obtain vaccines from the various producers, African countries are not high on the priority list. Only China has promised that they would prioritize developing countries for their vaccine. But only a concerted effort  from the outside, and with the help of military-style logistics of a country  the size of the United States or China could accomplish the goal of getting vaccines to those in need in Africa quickly enough to avoid a total disaster.