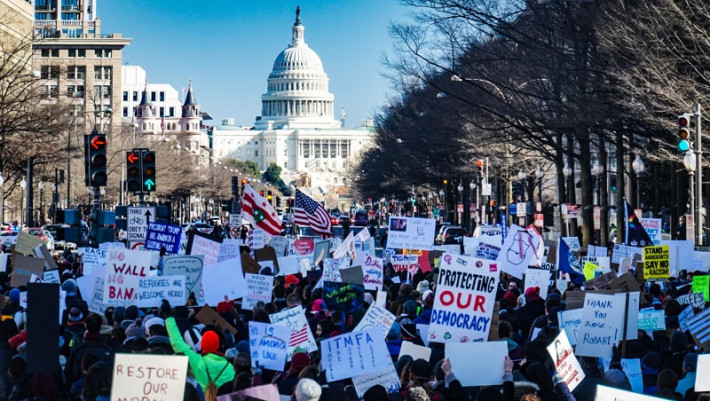 November 10, 2020by David Dobrodt in General

Leading into the November 3rd US election, the 4th largest newspaper in the U.S. had its account frozen because of a story about candidate Joe Biden; a journalist was forced to resign from the publication he founded because of censorship of his article on the same topic; many independent media platforms were taken down — cancelling hundreds of thousands of subscriptions; and the President of the United States had his comments flagged. President Trump spoke to the American population on November 5th in a public broadcast, which was preceded by mainstream media advising the listeners that everything he was about to say had no evidence and was a figment of his imagination.

As LaRouche PAC investigator Barbara Boyd stated in a conference call on November 5th, “color revolutions” or “regime change” events require the silencing of a free press and the psychological manipulation of the population. As retired diplomat Jim Jatras noted in an article published on October 17th, the intelligence agencies in the West that have run “color revolutions” in other parts of the world are now using the same tactics at home.

However, President Trump, unlike other victims of fraud in the past, is determined to fight, and the huge outpouring of public support and the huge vote for Trump and against the War Party has put those manipulators in the awkward position of having to go “over the top” in their orchestration of the vote. It is not difficult to see.

This gives independent investigators the capability to shine a light on the activities of the politicians, thinktankers, lawyers and press who have been involved. However, they must be heard!

Fraud detracts from everyone’s right to vote, and most recently was fought for in the passage of the Voting Rights Act in 1965. A color revolution in the United States, a nuclear power, is a threat to the entire world.