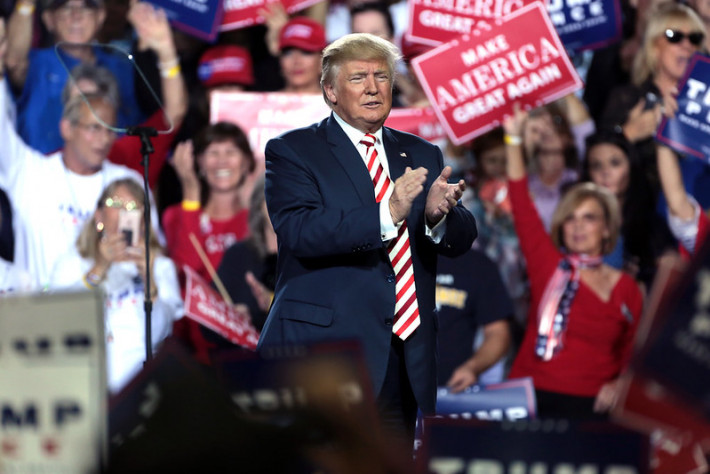 November 5, 2020by David Dobrodt in General

President Trump told a group of Republican National Committee staffers, many of them young people in their 20’s, that he didn’t go to Wall Street to finance his political campaign, in order not to be beholden to those interests. The statement came in answer to a question about funding of his campaign.

“We had plenty of money. And what I didn’t do is call up Wall Street and say, `Send me $25 million’ to the head of every firm. I could have done that. I would have been the all-time King of fundraising if I did that. But once you do that, you can no longer deal properly with them. You just can’t. So I didn’t do that. We could have done that. I could have raised much more money. I mean, Hillary Clinton spent much more money than I did. And in this case, when they raise that much money, that means to me they’re making deals, and that can’t happen.”