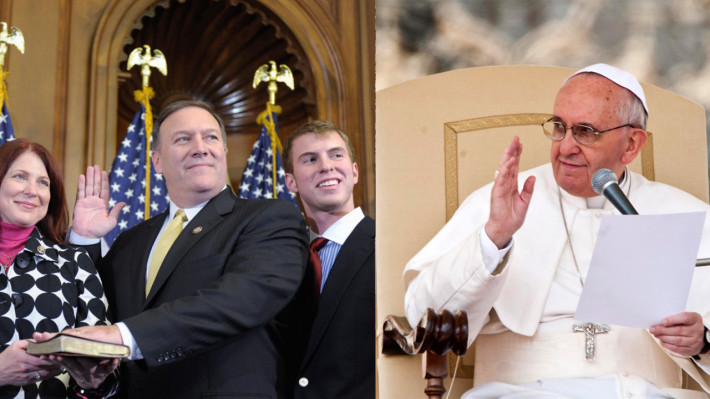 Despite Pompeo’s bellicose demand that the Vatican cut all relations with China because of their supposedly horrible human rights abuses, the Chinese government and the Vatican have decided to extend their provisional agreement from 2018 on the appointment of bishops by another two years, the Chinese Foreign Ministry announced Thursday. It is hoped by both sides that further cooperation can lead to eventual official recognition between the two.

Under the agreement, Chinese religious authorities elect candidates for the Pope to decide, and appoint, new Bishops.

“The Chinese and Vatican parties have dialogued and certainly the provisional agreement is and remains the strong basis for continuing the dialogue,” Antonio Spadaro, an Italian Jesuit priest and editor-in-chief of La Civiltà Cattolica, a Rome-based periodical, told the Global Times.

He noted that “the agreement is of a pastoral nature and intends to ensure that the Gospel is preached easily on Chinese soil and that the right attitude grows, indicating to Chinese Catholics the main path for the correct and fruitful relationship between the Church and the country: to be fully Catholic and to be fully Chinese.”