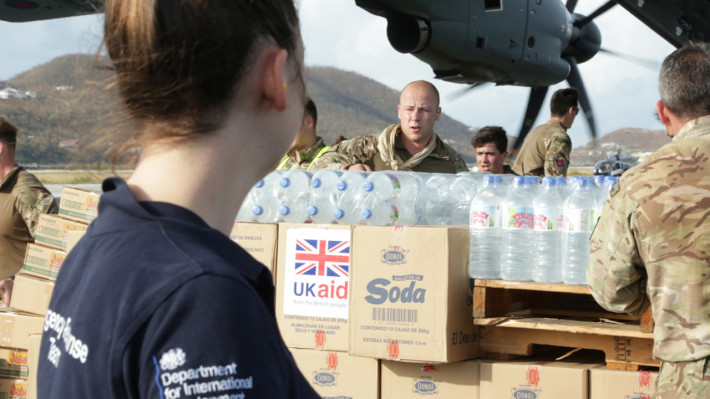 October 14, 2020by David Dobrodt in General, The Committee for the Coincidence of Opposites

My name is Ramasimong Phillip Tsokolibane. I am the leader of the LaRouche movement in South Africa. But I make this urgent appeal not as a citizen of my country, but as a spokesman for all those who are now starving or who will soon face starvation in Africa, and have no one to speak on their behalf.

Right now, many millions of my fellow Africans are starving. They are starving thanks to a combination of deliberately enforced underdevelopment of my continent—enforced by the neocolonial power of the British Empire, acting through their financial power in the City of London and Wall Street—now intersecting both a global pandemic and locust plagues and other natural disasters affecting food production on the continent. To use the technical language, they are suffering from “Acute Food Insecurity Phase 4: Emergency,” one step away from “Phase 5: Famine.” If you drop the polite jargon, they are already starving, while millions more will also face starvation unless food is made available to them quickly.

“Humanity is facing the greatest crisis any of us have ever seen. It’s time for those who have the most to step up, to help those who have the least.’ That warning came from David Beasley, Executive Director of the UN World Food Programme, on 17 September. He wrote that 30 million people are now in danger of dying from starvation. Most of them are in Africa.

I want to stress that this is not a matter of what will happen—it is already happening. And unless something is done and done soon, millions and millions of people will die in the immediate weeks and months ahead, as David Beasley warned. He had already addressed the UN Security Council in April, warning that 300,000 people could die every day.

While various charitable and other organizations have sounded alarm bells and have appealed for money, the issue we face, if we want to save lives, is securing massive amounts of food, as soon as possible, to hungry and starving people. Given the state of infrastructure on the continent and the fact that much of this starvation is occurring in isolated, rural areas, the distribution that must take place is well beyond the means of individual governments and those of relief agencies.

I believe we must mobilize the logistical capacities of the world’s most capable military forces and design a strategy to bring food supplies from such food-producing nations as the United States and Canada, and bring them directly to those who need them. Let allies and adversaries alike, join forces, in this greatest of all humanitarian efforts. In his most recent encyclical letter, Fratelli Tutti (On Fraternity and Social Friendship), His Holiness Pope Francis wrote that it is finally time for mankind to give up the idea that war is justifiable—any kind of war that takes human life. But this is rather a war—or more precisely, an international battle—to save that most sacred of things, human life.

I appeal to the American President, Donald Trump:

Take up this challenge. Give America’s farmers the mission to produce the food to feed the starving, while deploying the vast resources of the U.S. military on this mission of mercy to bring food to those who need it on my continent. Do this, in the spirit of your wife, the gracious First Lady Melania, who pledged to help Africa and especially its children in any and every way possible, while visiting the continent in October 2018. By emergency action, take whatever steps are necessary to make this happen.

This should be sufficient reason to convene that international great power summit called for by the great lady, Helga Zepp-LaRouche, chairwoman of the Schiller Institute.

We can save lives, but it will take an international effort to do so. The U.S. did this once before. I am reminded of that great effort to get food to the starving people of post—World War II Europe, that involved a mobilization of the noble and good American people, who sent those CARE packages and food supplies.

My African sisters and brothers can be saved if the will is there, and if people see themselves as acting in the spirit of caritas (agapē), rising above petty differences to do something good and great.