Humanitarian Catastrophe Being Ignored on Lesbos 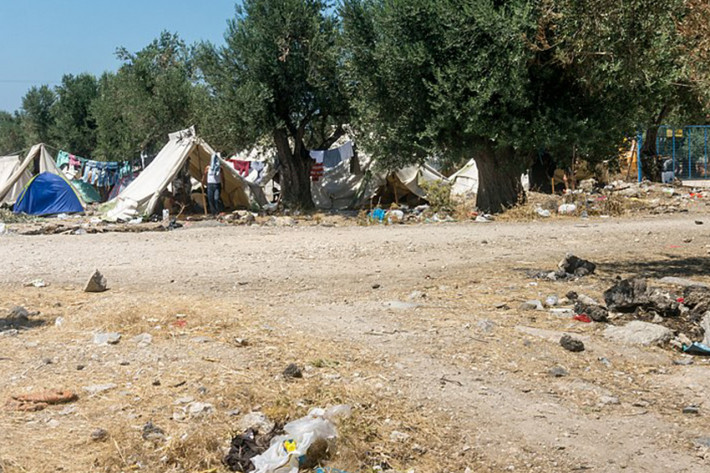 Humanitarian Catastrophe Being Ignored on Lesbos

September 11, 2020by David Dobrodt in General

Sept. 10 — The situation on the Greek island of Lesbos where the Moria refugee camp was burned down is clearly a humanitarian catastrophe. It is not clear how many refugees are left without shelter—official reports say 3,500, others say 12,000 refugees are stranded in empty fields.

A second fire destroyed more of the camp on Sept. 8. It is obvious that some refugees themselves set the fires as the only way to break an impossible situation. The Migration Ministry said it would take “all necessary steps” to ensure that vulnerable groups and families had shelter. The fire also destroyed the new health unit’s intensive care area.

A passenger ferry and two Navy landing ships are being sent to accommodate some 2,000 of the refugees. The only option that makes sense is to evacuate the refugees from the island and transfer them to other countries than Greece. Only 400 unaccompanied minors from the camp so far will be transferred off the island. Greece has already requested at the EU level that other countries also take the refugees, but outside of expressions of solidarity nothing substantial has been done.

Meanwhile COVID-19 measures are being taken, with 19,000 test kits being sent to the island, as well as the deployment of more doctors and medical personnel to handle the situation.

Speaking at a virtual press conference today Francesco Rocca, president of the International Federation of Red Cross and Red Crescent Societies (IFRC), said it was “urgent” to move migrants from the Greek islands to the mainland, calling it a “humanitarian imperative.” He called it a “European crisis which requires concrete acts of solidarity by EU member states. Simply containing people is not the solution.”

Rocca said “No human being should live in the conditions in an overcrowded camp like in Moria.” He said that the camp was supposed to be a transit facility for refugees who were supposed to be processed and either deported or sent on to other EU countries. Nothing was done as the EU and its member states footdragging left the Greek government with the problem. Rocca told the media: “Local people, NGOs, the Red Cross, everyone is doing their utmost. But for how long? We must speed up the move of these people from the island.”